Drake made a special appearance on “Jimmy Kimmel Live!” last night to celebrate being named as host of the 2014 ESPY Awards, but the star found out that not everyone is a fan. 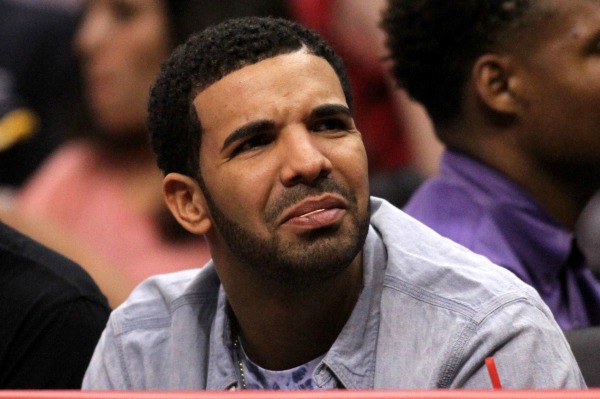 Drake was announced as the host of the 2014 ESPY Awards Thursday and, to celebrate, the rapper made an appearance on Jimmy Kimmel Live! But it wasn’t any ordinary old sit-down.

Drake agreed to go undercover for a special edition of Kimmel’s “Lie Witness News” segment to find out what people really think of him, and it wasn’t pretty — until it was.

“It’s kinda like when Tom Sawyer went to his own funeral,” Kimmel explained.

Fake Drake started out asking random people on the streets of Hollywood what they thought of “his” stunts while hosting the ESPYs the night before. Problem is that the ESPYs aren’t until July 16 — so everyone commenting about the awards “last night” was just pulling it out of their behinds.

The rapper also asked people on the street about made-up Drake scenarios, and even had a busker make up an insulting song about him on the spot.

“I don’t like Drake, I think he’s an actor, he’s not a real rapper,” the guitarist explained before screeching a tune, “Drake, hey, I think you suck!”

Ultimately, the star did find at least one fan — and rewarded the kid in an awesome way.

Drake has harsh words for Macklemore & his apology text >>

Watch Fake Drake find out everyone hates him

So why is Drake hosting the ESPYs anyway? Turns out, he’s a big sports fan. Like, huge. Basketball especially. See?

Who’s hotter: Drake vs. Chris Brown
Drake & other shirtless celebs share selfies
Drake reveals whom he has and hasn’t dated on Ellen