Prince and Paris Jackson’s lives have been somewhat up in the air since the death of their dad, and now their mom wants to be a part of their lives. 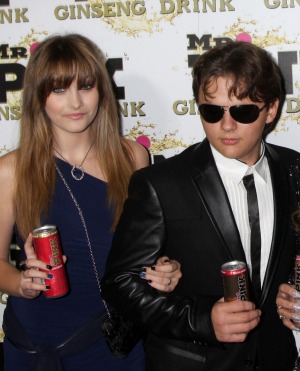 Debbie Rowe is making some big changes in her life. Not only is the mother of two of Michael Jackson‘s children newly engaged, but she is also reportedly going to be fighting for custody of her children.

Rowe is the mother of 17-year-old Prince and 16-year-old Paris, and according to TMZ, is concerned about the environment they have been living in since their father’s death. She also apparently believes that the children’s guardian, their grandmother Katherine, is too old to really be involved in their lives.

Paris attempted suicide in 2013, and Rowe is reportedly especially concerned she is not getting the help she needs.

Rowe is apparently getting ready to file legal paperwork to ask for custody of the children, but is not seeking money from Michael Jackson’s estate. The former nurse may have someone else on her side in the fight for her kids: She told TMZ she is engaged to Jackson’s friend Marc Schaffel.

“We haven’t set a date. I’m happy with just how things are,” she said. “We’ll take it a little bit at a time.”

The kid is not his son! Michael Jackson DNA results fake >>

Rowe said the commitment has been a long time in coming. She explained that she didn’t want to say yes right away to his proposal because she was concerned she might have cancer.

Schaffel is no stranger to Jackson’s children, a fact that may help Rowe in her custody fight.

“They’ve known him since they were little,” she said. “They like him a lot.”

It’s not clear if Rowe is asking for custody of Blanket Jackson, Michael’s youngest child. Rowe is not Blanket’s biological mother.