Who knew that “Drunk in Love” could be mellowed down even further and somehow stripped into an indie version? Leave it to the sheer brilliance of our favorite copper-haired crooner to come up with such a creation. 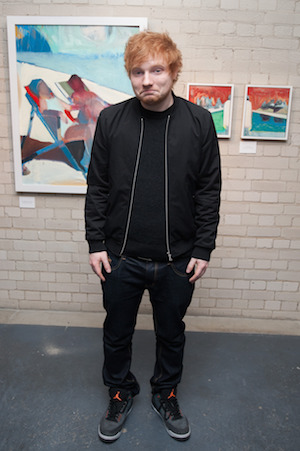 Who the heck is Elvis Duran?

Oh, just the luckiest radio show host from the Z100 show in New York City since he was able to get Ed Sheeran into the studio to perform this impressive cover.

It’s not Sheeran’s standard, but his unparalleled “touch” that graces this track and makes it something you didn’t even think it could be.

I mean, really? It’s hard to imagine this sung from a guy’s perspective. It’s very much a female ode to her man.

But, his singing chops and his stripped down charm was so distracting I didn’t even notice his “surfboard” sounded like “surfboat.”

Do you know how much money Mr. and Mrs. Carter are surfing through? >>

Oh, and I’m not entirely crazy. I know it’s blasphemous to dare claim someone’s cover of Queen Bey’s original masterpieces could be better. So I assume that there will be people who hate this cover. But I don’t say this could be better than Beyoncé’s version because it sounds better. It’s because I cannot believe how he transformed it from what it was into this.

It’s a remarkably understated perspective on the song. Who knew that his toying around for a snippet would cause such a ruckus? He mentions the demand for it in the first few seconds of the video below.

So, keep an open mind when you check out the track. It’s not recorded formally, and he’s playing live, but that only adds to the appeal. He shows that even when he’s fooling around, he can produce priceless material. It’s as chill as Sheeran is, but has enough swag that I feel as if the HOV and Bey herself would do a feature on it.

This is what makes him Ed Sheeran. This is why Ed Sheeran doesn’t have competition. Well, that and the fact that he seems like the type of guy who has a lot of Beyoncé songs memorized.