Facts about Hook’s missing year are exposed and Emma reveals some surprising plans. Check out sneak peek videos and photos from the April 13 episode of Once Upon a Time, “The Jolly Roger.” 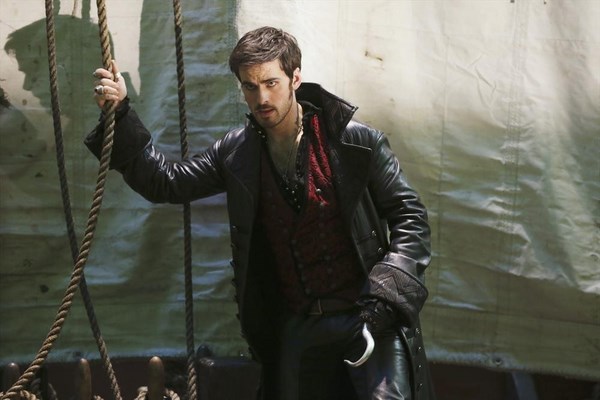 In the last episode of Once Upon a Time, Zelena challenged Regina to a magical duel and revealed to the town that she was Regina’s sister. The challenge and the revelation made Regina question herself and her powers, especially after she realized that an old letter from Rumple to her mother wasn’t talking about her, but Zelena.

Once Upon a Time adds another Wicked villain >>

While Regina was dealing with her inner turmoil, Emma took a group to Zelena’s to try to snag Rumple’s blade. They were quickly thwarted when Zelena showed up and set Rumple upon them. When the time came for the duel and Regina wasn’t there, Emma stood up for herself, but wasn’t able to fully take on Zelena. Luckily, Regina arrived and the sisters battled for power. In the end, Zelena was defeated when she discovered that she couldn’t steal Regina’s heart.

During all of the melee, Emma put Henry in the protection of Hook, who told the boy about his father and how much the two of them had in common.

In the April 13 episode, titled “The Jolly Roger,” it looks like more will be learned about the missing year and what Hook was doing during that time.

In the sneak peek clip from the episode, Emma asks Hook to hang out with Henry again and, of course, the pirate thinks of a way to make her offer sound lascivious. But once he hears her real reason behind the request, he realizes that Emma and Regina’s plan could just work. He has seen the power inside of her and thinks it’s about time she embraced it. Hook is surprised to find out that though Emma wants to use magic to defeat the Wicked Witch, she has no plans to keep Henry in Storybrooke once that is done. But Hook has some insight on what can happen to someone when he or she tries to go back to the old life and it appears that it doesn’t go well.

Hook the hero? Once Upon a Time winter finale shockers >>

In the preview for the episode, we get a glimpse into the past year, where Hook apparently tried to go back to his pirating ways and made more than one woman mad while doing it. The preview jumps from the year past to the present in Storybrooke and it looks like he just might attempt to take on the Wicked Witch himself.

In a photo from the episode, Hook looks especially dashing. 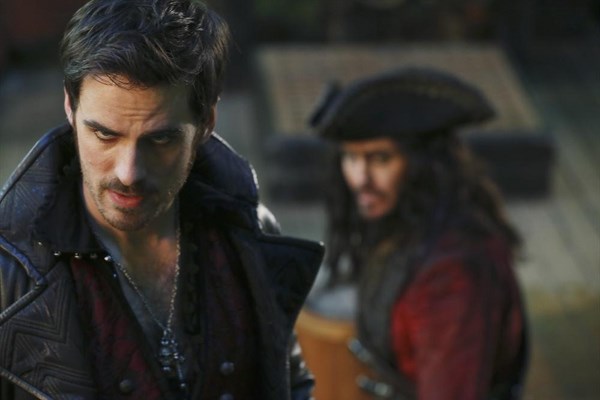 In another photo from the episode, Ariel confronts Hook. 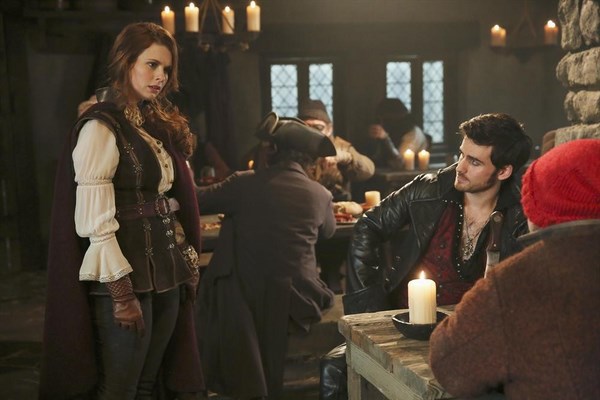 In another photo from the episode, it seems Hook doesn’t take too kindly to being threatened by Ariel. 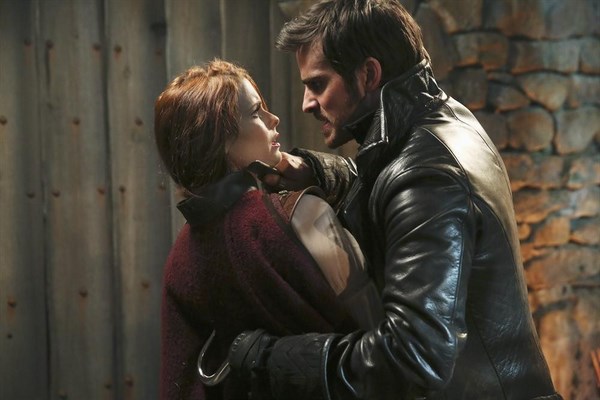