Kylie Jenner may be used to reading lies about herself and her family in the tabloids, but the accusations that she’s had plastic surgery really offend her. 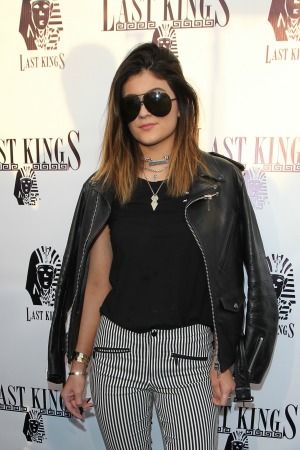 However, the Kardashian-Jenner family should be used to being accused of having done everything by now — and most of the time they have.

But Jenner is not impressed by the latest rumors, which claim she has recently undergone plastic surgery. And the brunette star took to Twitter to set the record straight on Wednesday.

“These plastic surgery rumors hurt my feelings to be honest and are kinda insulting,” Jenner wrote.

And it’s perfectly understandable that the youngest member of the Keeping Up With the Kardashians family would feel insulted at the rumors that have insinuated she has undergone several plastic surgery procedures, including lip injections and a nose job.

The stylish teenager then reminded all her Twitter fans and critics of her age.

And it appears that Jenner is also big on natural beauty because she retweeted a post from Stephen Baldwin’s daughter Hailey, who wrote, “@KylieJenner they just don’t wanna believe people can be naturally beautiful.”

So, there has been no plastic surgery for Jenner, but her big sister Kim Kardashian has also been the topic of plastic surgery speculations on more than one occasion. So what has the 33-year-old reality TV star supposedly had done?

Almost everything! From butt implants, breast implants, lip injections and a nose job.