It’s a sad tragedy that didn’t have to happen. A Tosh.0 production assistant was mistakenly shot by police in Los Angeles. 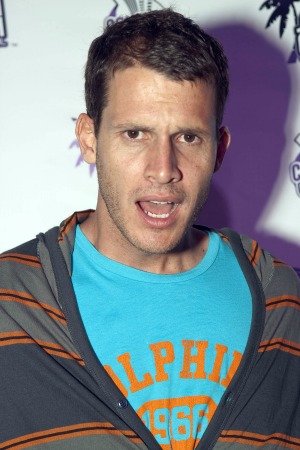 A Hollywood dream ended in a nightmare on Monday for a temporary production assistant who worked for the comedy show, Tosh.0. Thirty-year-old John Winkler was shot and killed by Los Angeles County Sheriff deputies after they mistakenly identified him as a stabbing suspect.

Winkler had gone to his neighbor’s apartment on Monday after he heard screaming. Inside the unit were three people being held captive at knifepoint. The deceased had been running out of the apartment with one of the other victims when he was accidentally shot.

According to the sheriff department’s official statement, “As deputies continued attempts to contact the people in the apartment, the apartment door suddenly opened and a male victim came rushing out. He was covered in blood and bleeding profusely from the neck. Simultaneously, Victim Winkler ran out of the door, lunging at the back of the fleeing victim. Both ran directly at the deputies. Winkler was similar to the description of the suspect and was wearing a black shirt. Believing Winkler was the assailant and the assault was ongoing and he would attack the entry team; three deputies fired their duty weapons at him.”

The victim had moved to Los Angeles about six months ago from Washington state to pursue a career as a producer. His recent gig with the Tosh.0 production was his big step to making his dreams a reality.

His aunt, Anne-Marie Van Wart, told the Los Angeles Times, “He was just boisterous and excited, he was just getting his foot in the door of life. Just, the light was right around the corner… and [now] he’s gone.”

The assailant, Alexander McDonald, was eventually caught and arrested. He’s been charged with one count of murder, two counts of attempted murder and one count of torture. He’s being held on $4 million bail.

There has been no official announcement from Daniel Tosh or producers of the show, but West Hollywood Councilman, Jeff Prang, said, “This was already a tragic situation but this makes it all the more tragic.”