Lena Dunham always shows exactly who she is. But if it were up to her, she would be much different. 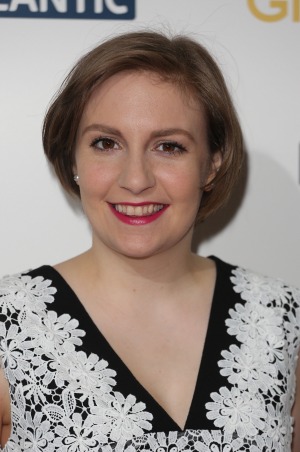 Lena Dunham is known for being proud of who she is, so it may come as a surprise that she learned something very disappointing about herself when she was younger. The Girls star was accepting an award for working with LGBTQ youth this week when she talked about her childhood and growing up in a tolerant environment.

Identifying with those around her left her wanting for even more, and she revealed that, “It was actually a huge disappointment for me, when I came of age and realized I was sexually attracted to men. So when my sister came out, I thought, ‘Thank God, someone in this family can truly represent my passions and beliefs.'”

Dunham explained that she and her family grew up in a very open community where no one ever felt ashamed of who they were.

“We were raised in an environment — the art world of downtown Manhattan — where no one hid their sexual orientation,” she explained. “I was always very jealous of any child who had two dads.”

Dunham also revealed she always felt connected with the community while she was growing up.

“I have always felt a strong emotional connection to members of the LGBTQ community,” Dunham told a group at the Point Foundation’s New York Honors Gala on Monday, according to Vanity Fair. “My sister Grace coming out as a gay woman at age 17 was a huge turning point for me in my understanding of the issues facing LGBTQ people.”

Dunham is happily dating fun. guitarist, Jack Antonoff, but she joked that she has done her part for the gay community.

“Gay men clean up real good, which is probably why I have dated so many of you.”