Hilary Duff seemed pretty set on getting divorced from Mike Comrie, but now it looks like the couple is back together. 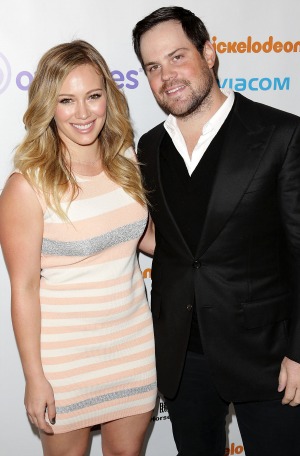 Hilary Duff and her husband, Mike Comrie, are a pretty confusing couple — so much so that it appears they don’t even know what they want. After announcing their divorce only a few months ago, they have reportedly decided to stay together.

Aaron Carter wants to “get back to” Hilary Duff >>

That decision reportedly came after a vacation to the Bahamas back in February, where they fell back in love with each other, according to a report by Radar Online. The trip was meant to be a place where the couple talked about the details of their divorce and custody agreements for their son, Luca, but apparently it became more romantic (but really, who goes to such a romantic location just to talk about breaking up?).

“Once they were together with their son Luca in the Caribbean, it got emotional and real,” a source reportedly told Radar Online. “Mike broke down and begged Hilary for a second chance.”

Duff gave birth to Luca only two years ago, and the couple announced their split in January (they were married in 2010). Although they have been spending time together, it seems to be for the sake of their son.

The source continued by saying that Duff and Comrie “hooked up” while in the Bahamas, and he asked her to give him a second chance.

Duff will soon be working on a new album, as well as starring in a new show, Younger. She has reportedly asked her husband, who is a former hockey player, to take on more parenting duties while she returns to work.

Us Weekly reported that the initial split was because “she felt he didn’t put enough effort into the relationship.”

Duff was seen out in Hollywood on Wednesday, April 9, but was not wearing her wedding ring. The couple has not yet commented on a possible reconciliation.