Eminem and Rihanna have one of the biggest songs of the year, and they will be performing it for the very first time live this Sunday at the MTV Movie Awards. 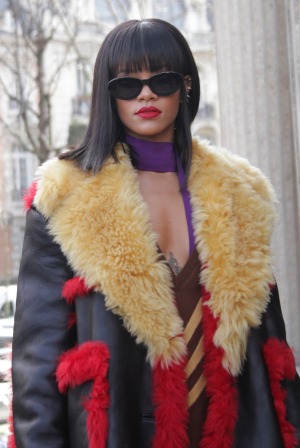 Although the MTV Movie Awards aren’t exactly known as a musical platform, they sure have a great musical lineup this year. Added to the list is Eminem and Rihanna, joining the award show to sing their song, “Monster.”

2014 MTV Movie Awards predictions: Will JLaw be the queen? >>

According to MTV, the performance will be the first time they have performed the song together live. “Monster” is featured on Eminem’s The Marshall Mathers LP 2, and has already made it to the top of the charts. Just last week, Eminem and Rihanna released a behind-the-scenes clip of the filming of the music video, which features clips from earlier in Eminem’s career.

“Redoing this scene actually brings back no memories for me because I don’t remember it,” Eminem joked to MTV.

Previously-announced performers for the 2014 MTV Movie Awards include twenty one pilots and Ellie Goulding with Zedd. The presenters list is also full of plenty of stars, both in the music and movie world. The casts of Entourage and The Other Woman will be on hand, as will Shailene Woodley and Ansel Elgort, the stars of The Fault In Our Stars.

“Paul Walker was a role model for the MTV audience since the very beginning of his too-short career,” said MTV president, Stephen Friedman. “Paul’s humanity and kindness clearly showed through every role. We’re honored to be able to spend a moment in this year’s Movie Awards to celebrate him.”

The show will be hosted by everyone’s favorite red-headed late-night host, Conan O’Brien, and will air Sunday, April 13 on MTV.