Week 6 of The Face finally brought a victory for our own SheKnows blogger Afiya Bennett. 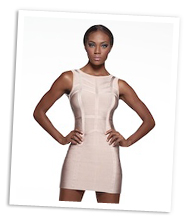 Week 6: Naomi
in front of
the camera

Week 6 of The Face finally brought a victory for our own SheKnows blogger Afiya Bennett.

This week’s episode was amazing! Team Naomi struggled in the past weeks by losing to Team Anne. Although we fought very hard, we were unable to pull through and win the campaign.

This week’s campaign was to shoot an androgynous love story for American Elle. The winners of this campaign’s story would be featured on Elle.com. The opportunity to shoot for Elle magazine is one many models don’t ever reach in their career. 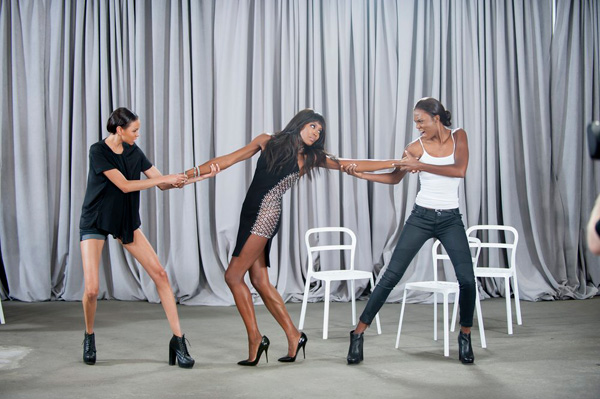 This campaign showed the rigorousness of the competition and that no one should rest on their laurels. We had the honor of working with drag queen RuPaul. Not only does he have an amazing personality, but he also gave us great direction in terms of stepping into our characters, Bob and Mike. RuPaul pushed me by making me role-play with him to step into character. He is hilarious!

In previous weeks I was criticized for looking too harsh, so I definitely needed to use that to help me win. Being in a campaign with Naomi Campbell versus taking her direction from the side was very different. It was extremely intimidating, and I didn’t want to get lost or overshadowed in the images.

I think the story line Naomi created and looking like a boy helped me step into character. While Team Naomi was shooting, there was definitely a great vibe. We took great direction from the photographer and were able to pull through some amazing images. Thankfully, Team Naomi’s story was loved, allowing us to win the campaign.

I was so excited we were finally able to pull through and take home a win. This victory allowed both Felisa and me to be safe from elimination, and our personal profiles and love story with Naomi Campbell will be featured on Elle.com. Please be sure to check us out.