Don’t mess with Katherine Heigl! And do not use her name and pictures without her permission or you will be staring at a very costly lawsuit. 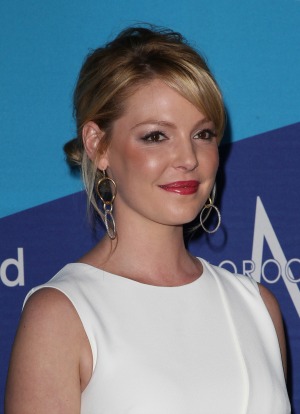 It may have started as a rather clever marketing scheme by pharmacy chain Duane Reade Inc. to use Katherine Heigl on its Twitter and Facebook accounts, but the Grey’s Anatomy alum is not impressed.

Heigl is reportedly suing Duane Reade Inc. because she claims the chain used her name for advertising purposes without her permission.

According to Us Weekly, the lawsuit that was filed on Wednesday alleges the company used a picture of the 35-year-old actress that showed her holding Duane Reade shopping bags, which was taken last month, as well as her name — both without her consent.

The company took to its social media accounts to advertise alongside the pictures of Heigl, with the Walgreen Co. subsidiary writing on its account on March 18, “Love a quick #DuaneReade run?” and “Even @KatieHeigl can’t resist shopping #NYC’s favorite drugstore.”

However, what may have started as a fun little campaign by the drugstore has now turned into a major legal headache for the company. It has been handed a 15-page lawsuit that claims its posts were used to “imply falsely that Plaintiff endorses Defendant.”

According to TMZ, the Knocked Up actress’ lawsuit also states she’s “a highly successful television and motion picture actress, producer and celebrity” who “continues to be in high demand in the entertainment industry.”

And so what would Heigl like the outcome of this lawsuit to be?

Apparently, she wants to be compensated with $6 million. The lawsuit continues, “Duane Reade is liable for not less than $6 million in compensatory and punitive or treble damages.”

Heigl will not be lining her pockets with the lawsuit money — although if her crowdfunding project is anything to go by she may need it — she will be handing over any money she recovers to the Jason Debus Heigl Foundation, a charity that helps homeless dogs find a good home.