The mystery surrounding Peaches Geldof’s tragic death continues. Her death has been found inconclusive and now, just a few days later, her Instagram account has been removed. 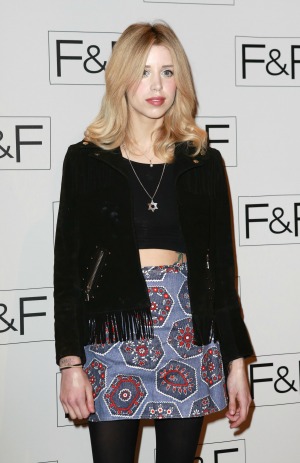 The world has been rocked by the sudden and unexplained death of Peaches Geldof. The tragic death of Geldof has left many feeling upset and confused, and fans have a lot of unanswered questions about what has happened to the late star.

In a post-mortem conducted yesterday, the star’s death was proved to be “inconclusive.”

Now, just a few days after the 25-year-old beauty’s death, her Instagram account — which Geldof was a big fan of and regularly updated with hundreds of personal pictures — has been shut down.

Geldof, who is the daughter of Sir Bob Geldof and Paula Yates, was a regular user of the social sharing site, and she loved sharing adorable pictures of her two sons Astala, 23 months, and Phaedra, 11 months, on her account. In fact, the television presenter even shared some spooky snapshots, including one where she was convinced her house was haunted.

However, Geldof’s account is now no longer active and according to Metro, it is because the blond star’s family requested that the site shut it down.

According to Metro, a spokesperson for Instagram revealed, “When a person passes away, we do honor requests from close family members to deactivate their Instagram account, which removes the profile and associated information from the site.”

Understandably, family and friends of the late star are terribly emotional during this time. Her father, Sir Bob, released a statement on Monday, saying, “Peaches has died. We are beyond pain.”

For some fans, the removal of Geldof’s Instagram account, which means no longer being able to enjoy her beautiful and happy pictures, only adds to that pain.