Coldplay has a feature silent film for their video accompaniment to “Magic,” but it doesn’t take any bells and whistles to decipher this message. 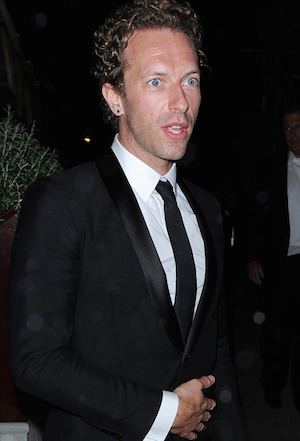 I find it highly unlikely, especially when someone’s in the midst of a very public separation.

As you know, frontman Chris Martin of Coldplay and his wife of many years, Gwyneth Paltrow, experienced a “conscious uncoupling” that resulted in their presumed breakup. I say presumed because Gwyneth was recently seen wearing meat her ring.

Never miss breaking news by signing up for our newsletter >>

And you think this video for “Magic” is in black and white at first glance. However, all I saw was red. Red passion. Red fire. Red anger. Martin appears as though he’s divulging his darkest feelings on the small screen here, folks.

Check out our review of the song “Magic” >>

The video is well intertwined with a magical plot and a stunning co-star.

It features a couple named Claude and Cecile. Zhang Ziyi portrays the latter half of the dazzling couple that is all wrong for each other. An abusive wreck, Claude is not appreciative of his fiery, talented woman. The assistant, Christoph, is just victim to their elaborate tricks. The simple knife throwing may be more symbolic of daggers drawn in a darker, emotional context. Did Chris not appreciate his wife!?

Or is Chris the humble, ever-yearning character of Christoph? Unable to please his “mastress” (can I make that up?) with acts of his own, he resorts to elaborate tricks to gain her approval. Suddenly, you find Ziyi’s character drawn to the assistant.

Is anyone else seeing the irony in this? It sounds like some marriages I know, for sure.

But do you have any idea of who Martin would be in this video? Any theories?

The song’s depressing relationship implications are tantamount to a funeral procession. I felt an eerie sense of mourning as though no one really won. Is it similar to real life perhaps?

Could he be trying to pull a Robin Thicke and win her back publicly (but tastefully, sans the screaming in-between songs)?

Check out the video below.