Who says the small screen is a boys’ club? Strong female characters are dominating television more and more — and we just can’t get enough. Here’s why. 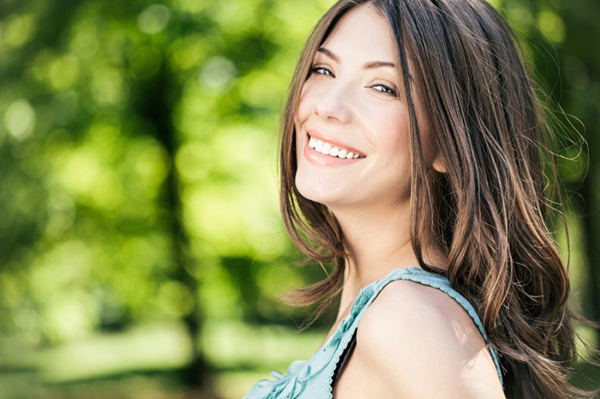 We all know the importance of a great girl friend. Our besties are there for us, to tell us the hard truth (whether it’s that the bikini we chose is two sizes too small or that our man just isn’t that into us), to pick us up when we are down (with chocolate and wine in hand) and to stand up and cheer for (and with) us in our shining moments. Case in point? Emma and Maggie in USA’s Playing House. When expectant mom Maggie boots her man to the curb after she finds out he’s having an affair with a woman online, Emma gives up her successful business in China to return to Pinebrook and help Maggie raise her baby. With this duo, who needs a man?

Perhaps one of the most hardcore female characters on TV today, Daenerys Targaryen of Game of Thrones evolved from a shy girl into a powerful woman who oversees warriors in an effort to fulfill her destiny of ruling the Seven Kingdoms as her late father once did. One of our fave moments? When Viserys hits Daenerys out of anger that he has been dressed in rags, Daenerys hits him back with a thick gold belt and tells him she’ll have his hands cut off if he ever hits her again. That’s right. We don’t think he’ll be pulling the riot act again.

Toks Olagundoye : The most interesting woman on TV >>

Strong women aren’t afraid to be the boss

Scandal‘s Olivia Pope helped Fitz Grant win the presidency and then became the boss of her own crisis management consultant agency. She leads her employees and runs the firm with a no-holds-barred attitude. No apologies. The end.

Both Joan Holloway and Peggy Olson of Mad Men aren’t content to be housewives, like many of the women in that era. Though office manager Joan initially can’t wait to become a wife so she can quit her job, she ends up leaving him — and isn’t afraid to — because she doesn’t need him to bring home the bacon. As for Peggy, the young firecracker is career-driven from the get-go and continually climbs the then-male-dominated corporate ladder — not for any man, but rather to fulfill her own passion.

Strong women don’t have to be b*tchy

Parks & Recreation‘s loveable Leslie Knope is intent on continuing to advance her career, but she won’t step on other women to do it. She’s a loyal friend, a good girlfriend and great boss and co-worker. You can’t not love her. Seriously.

Yes, they are actresses playing a role. But whether being strong, feisty or funny, these women of television encourage and inspire us to be the best real-life versions of ourselves that we can be. And if a TV show can leave us with that feeling, well then that just rocks.

More on women in television

Videos: Best ever Game of Thrones spoofs and parodies
How I Met Your Mother series finale: More twists than a (blue) French horn
It’s a Full House reunion on The Neighbors