Paul Walker, who was tragically killed in a car accident last November, will be featured in a tribute at the 2014 MTV Movie Awards. 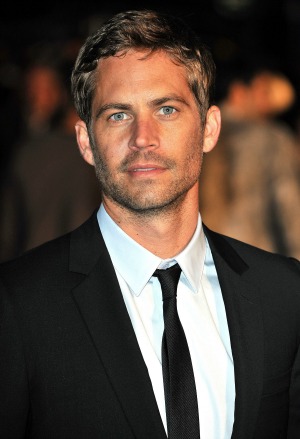 Last year, Paul Walker arrived at the MTV Movie Awards as a presenter with co-stars Jordana Brewster, Vin Diesel and Michelle Rodriguez. This year, Walker will be sadly missed, but he will be in the hearts of his fans as MTV will feature a tribute to the star at the 2014 show, according to the Los Angeles Times.

“Paul Walker was a role model for the MTV audience since the very beginning of his too-short career,” said MTV president, Stephen Friedman. “Our audience grew up with him, from Varsity Blues to the Furious franchise. He was a movie star, but one they could relate to. Paul’s humanity and kindness clearly showed through every role. We’re honored to be able to spend a moment in this year’s Movie Awards to celebrate him.”

Walker was killed on Nov. 30, 2013, in a single car crash that took place in Valencia, California. The coroner report listed trauma and thermal injuries as the cause of death, and an accident investigator claims the Porsche Carrera GT that Walker was a passenger in was going in excess of 90 miles per hour.

Diesel was shocked at the news of losing his friend and co-star and posted an 18-minute tribute of his own on his Facebook page in January, writing: “Pablo, I wish you could see the world right now… and the profound impact your life had on it, on us… on me… it’s a blessing to be able to work with your brother on and off screen.”

Walker’s younger brother, Cody Walker, has also vowed to keep his brother’s legacy alive through Paul’s charitable organization, Reach Out Worldwide. Cody announced in January that he would be joining the charity in his brother’s name. “As Paul would say, ‘When you put good will out there, it’s amazing what can be accomplished.’ We can all make a difference in this world and I am honored to join the ROWW team in fulfilling my brother’s legacy and ensure the good my brother did lives on,” he said.

Tribute will also be paid to the Varsity Blues actor in another form: an award nomination. Walker is up for Best On-Screen Duo alongside Diesel for Fast & Furious 6.