Jon Hamm finally reacts to his 1995 evening of fabulosity on The Late Late Show with Craig Ferguson. 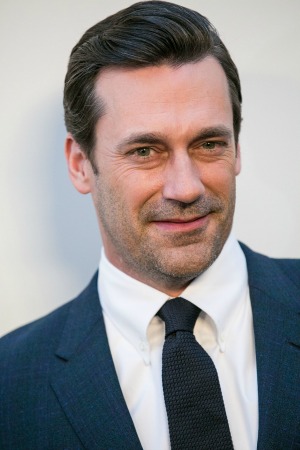 By now, you’ve probably seen Jon Hamm‘s epic, oh-so-’90s appearance on the awesomely-bad game show, The Big Date, where all of the players were there “because, well, frankly, they want to hook up with a member of the opposite sex.”

Did Jon Hamm of Mad Men really just say that? >>

“I was all of 24 years old and making some questionable decisions with my life,” said Hamm. “The best thing of that whole thing was thinking of whatever intern was going through the stacks of videotapes from some production company in North Hollywood somewhere trying to upload them to YouTube. Like, ugh, I only have 10 more cases of these to do… wait a minute. That can’t. Hold on, go back. Uh, boss? You’re gonna want to get in here.”

It’s hard to believe that the man otherwise known as Don Draper would ever need to go on a dating show to hook up with a member of the fairer sex. But, then again, the naked eye sees that his hairstyle has evolved quite a bit over the past 19 years, and the Man Men star didn’t snag longtime partner, Jennifer Westfeldt, until long after the competition.

“I think I told her about (the show) years and years ago. She may have put it out of her mind,” Hamm responded when asked if his current flame knew of his Big Date dalliance. “It was well before we were dating, obviously. We’ve been together 16 years, but this was going on 20 years ago.”

Hamm took the embarrassing footage in stride, but by this point, we know that he knows how to make fun of himself. He did throw an Emmys loser party in his own honor, after all.

One thing he doesn’t like to joke about in public? His privates. The handsome star has become almost as famous for his endowment as his acting. So much so that Jockey offered him free undies for life to harness his manhood. But Hamm didn’t take too kindly to the offer. “They’re called ‘privates’ for a reason, I’m wearing pants for f***’s sake. Lay off,” he said of the… situation.

“Did that woman pick you, by the way?” asked Ferguson. “Oh no, she did not. Would you have picked me?” Hamm incredulously asked back, voice cracking.

Yes, Jon Hamm. Yes. We’d pick you every time. Surfer haircut and all.