Sam and Dean finally catch up to Gadreel, while Metatron offers Castiel a new deal. Check out promo photos from “Meta Fiction.” 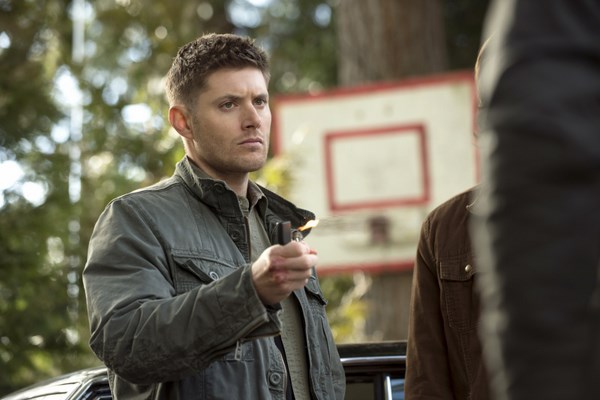 In the most recent episodes of Supernatural, the story has concentrated a lot on Dean and his battle to control himself after feeling the full power of the Mark of Cain and the First Blade. There was also the underlying feeling of distrust that Sam had for Dean after their brotherly brawl reached epic levels.

Fantasy gets another year: The CW announces early renewals for Supernatural and more >>

The next episode, titled “Meta Fiction,” airs on Tuesday, April 15 and will see the return of a few characters who haven’t been seen in a little while. According to the CW’s official synopsis, Metatron (Curtis Armstrong) attempts to get Castiel (Misha Collins) to join forces with him. Still furious with Metatron, Castiel refuses, which sets a surprising plan in motion. Meanwhile, Sam (Jared Padalecki) and Dean (Jensen Ackles) capture Gadreel (Tahmoh Penikett).

Castiel, Metatron and Gadreel all back in one episode? As if the synopsis wasn’t enough of a teaser, the network has also released some provoking photos to get fans excited.

5 Things to do while Supernatural is on hiatus >>

In the first photo, Castiel looks lonely as he stands in an empty parking lot. 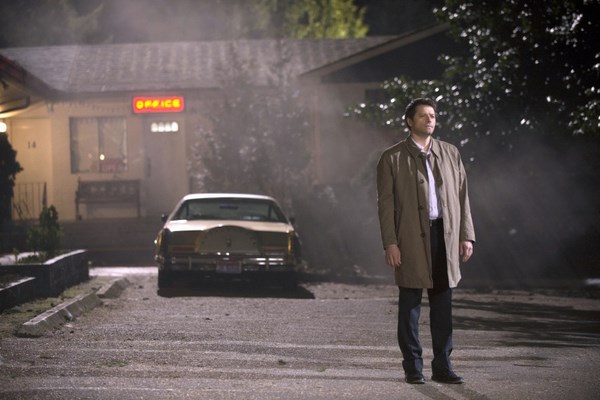 In the next photo, the boys have arrived to meet with Castiel. 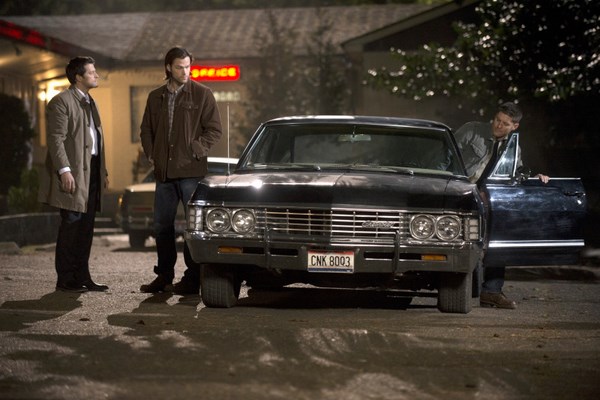 In the next photo, Castiel has what appears to be a very important meeting with Sam and Dean. Are they talking about the deal Metatron offered to Cas? 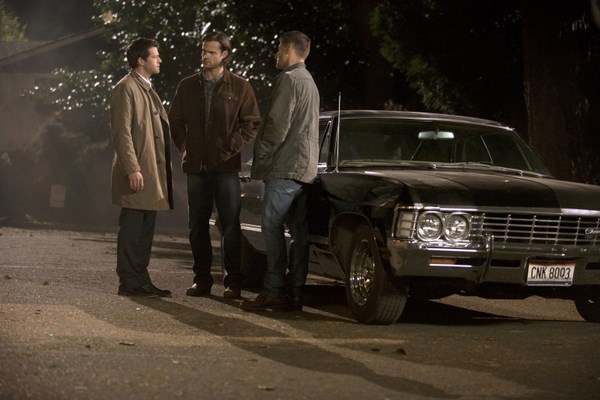 In the next photo, Metatron shows up. 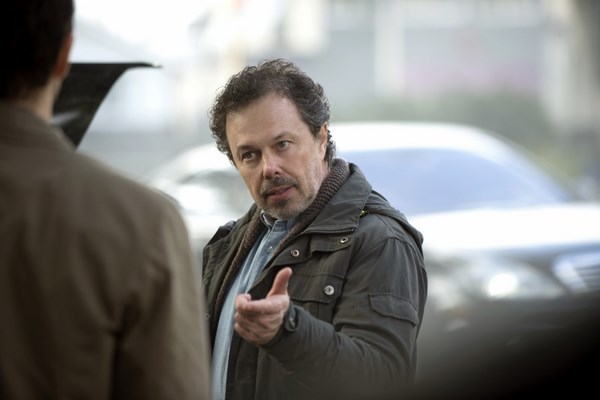 In the next photo, Sam and Dean are ready to attack, but it looks like Metatron is giving himself up. 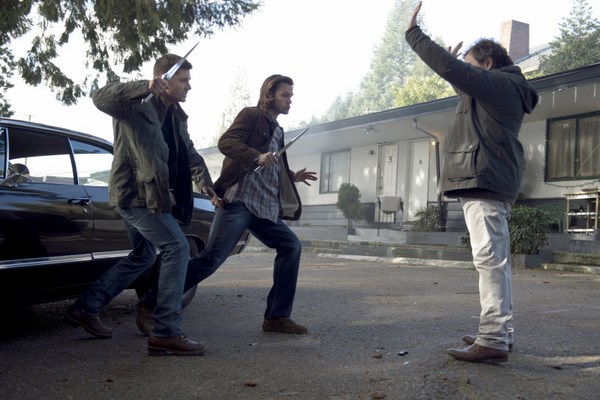 In the next photo, the boys have a chat with Metatron. Why are they not trying to kill him? What does he have to offer? 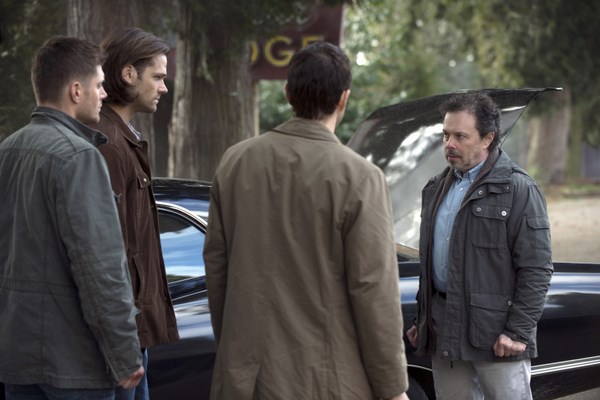 In the next photo, Metatron seems to be handing Gadreel over to the boys. Why is he not fighting? 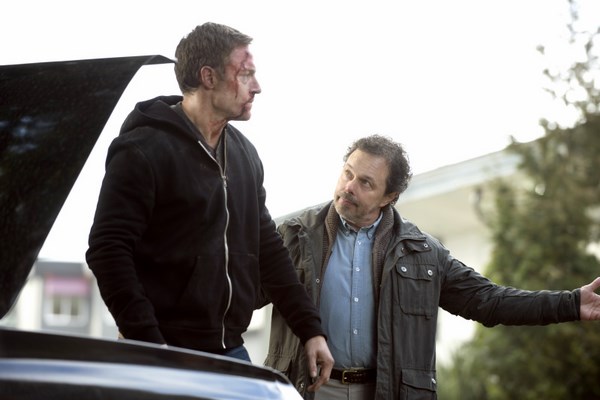 In the next photo, Castiel is back and, this time, he has a couple of ladies with him. Who are his new friends? 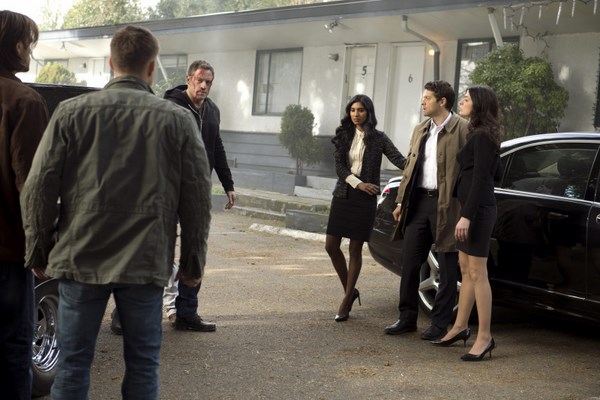 In the next photo, Castiel talks to the women, but he doesn’t exactly look happy about it. 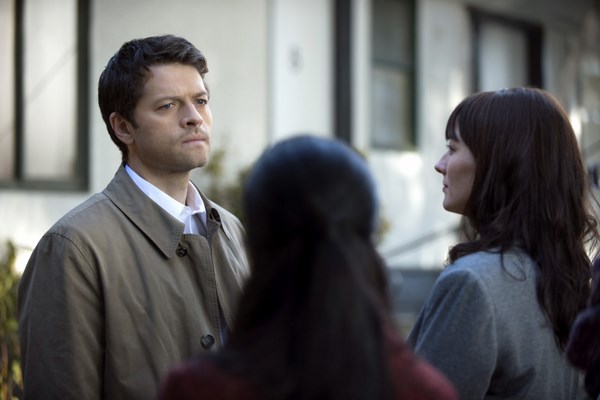 In the final photo, Dean is all set with his handy lighter. What (or who) is he planning on burning up?

What do you think of the latest photos from Supernatural? Are you excited to see the return of Castiel, Metatron and Gadreel?