For a Hollywood legend, he didn’t leave behind a lot of money, but he did leave a big mess. Learn what Mickey Rooney’s family is fighting over. 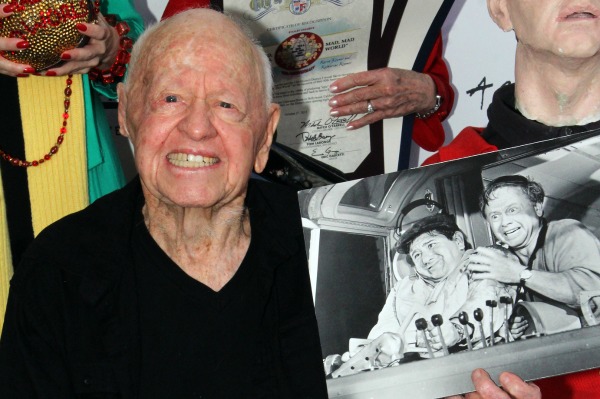 Mickey Rooney died earlier this week and his family is already gearing up for a fight. On Tuesday, it was revealed that the family is not only fighting over his body, but the Hollywood legend had a meager $18,000 to his name.

His wife of 35 years, Jan Rooney, was disinherited and his stepson was named the heir to the estate. Mark Aber and wife Charlene were the beneficiaries to his property since they were his final caretakers prior to his death.

According to The New York Daily News, Rooney’s lawyer also rushed to court to bar Forest Lawn Memorial Park in Los Angeles from releasing the actor’s body to his eighth wife. The papers stated that it was “against the decedent’s express wishes” for her to be in possession of his body.

A judge has scheduled a hearing for Friday. The Breakfast at Tiffany’s star’s body remains at the mortuary in the meantime.

Rooney had legally separated from his last wife in 2012 when he made her sole beneficiary of his pensions and Social Security. Lawyer Michael Augustine told the Associated Press that his eight biological kids also did not benefit from his final will since their financial situations were much better than their dad’s at the end of his life.

An icon’s other legacy: The many wives of Mickey Rooney >>

His estate is still owed a significant amount of money after he sued another stepson in 2011 for financial mismanagement and elder abuse. Augustine said the estate would probably not collect on that judgment.

The actor passed away on Sunday at the age of 93 after suffering from poor health in recent months.