AJ McCarron and Katherine Webb’s love story makes them perfect for a reality show, but did Webb sign the papers before asking her future husband? 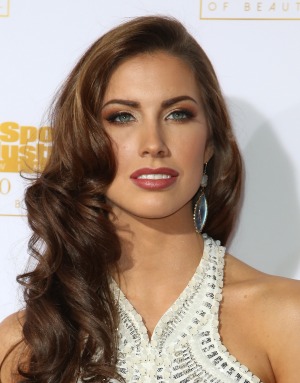 AJ McCarron and Katherine Webb have become an unlikely all-American celebrity couple, but not everyone is enjoying their time in the spotlight. McCarron was the quarterback for the University of Alabama, and Webb is a former Miss Alabama. After last year’s national championship, the couple became celebrities in their own right.

Webb and McCarron became engaged on March 29, 2014, and are again in the spotlight after Webb’s sister announced their wedding is going to be made into a reality show.

“They’ve already started filming during the proposal,” said Katherine’s sister, Laurie Webb, according to NFL.com. “From what I understood, it came from someone else. I don’t think they were trying to get into a reality show, I think they just had the opportunity and decided to take it.”

Laurie Webb explained the show will be focusing on planning the wedding all the way up to July 11, when the ceremony is expected to take place. But it doesn’t seem that Webb is involving McCarron at all, and he doesn’t seem thrilled at the idea. He tweeted a reaction to the news on Wednesday.

The wedding is set to take place only a few months after McCarron goes up for the NFL draft, leaving some to wonder if the show may affect his eligibility.

“AJ McCarron’s participation in a reality show will be discussed in meetings, but it shouldn’t have any impact on his draft status,” NFL Media analyst Bucky Brooks told NFL.com. “He has been a solid character guy throughout his time at Alabama, so most scouts won’t view this as a major deal. Plus, everyone understands his fiancée is an aspiring model/actress and this is part of the deal. Of course, McCarron will need to address all of the particulars of his new show with prospective teams, but I can’t imagine it significantly impacting his draft stock in any way.”