Samantha Harris has been diagnosed with breast cancer and will be having a double mastectomy. 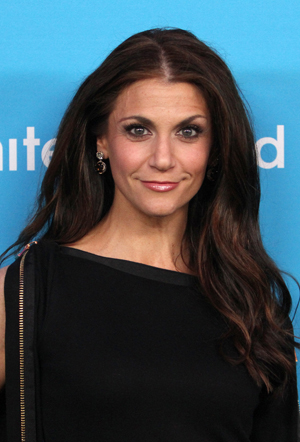 After being diagnosed with breast cancer, Samantha Harris has opted to undergo a double mastectomy to treat the disease.

After discovering a lump during a routine self-examination, Harris knew something was wrong even though she recently had a clean mammogram. The TV host finally went to see a breast cancer specialist who advised her to have a biopsy and then a lumpectomy.

The procedures revealed what Harris feared; that her lump was cancerous. “It felt like an elephant was sitting on my chest,” the former model said. She went to see three different specialists to get opinions and to learn what her best options were.

Harris was given the choice to have either a double mastectomy or a less radical but more uncertain second lumpectomy with radiation. The 40-year-old mother of two decided to go with the big surgery.

“I was sick of feeling the way that I did in the days after the diagnosis,” Harris told People magazine. “I knew I needed to take control.”

Choosing the mastectomy helped Harris feel calmer and she firmly believes it was the best choice for her and her family.

Harris revealed that when she told her husband, Michael Hess, about her bad news, the two broke down in tears. “My knees gave out. We just cried together.” But when she decided to undergo the comprehensive surgery, Harris and Hess felt much better, and knew it would be OK.

Crediting her positive prognosis on having caught the lump early on, Harris said, “I might not have found it until much further down the road. But, I didn’t take no for an answer.”

The former Dancing With the Stars host, who is mom to daughters Josselyn, 6, and Hillary, 3, will have her surgery later this month.