Marriage is a serious relationship of commitment and hard work, but when it gets too hard, is it OK to cheat? 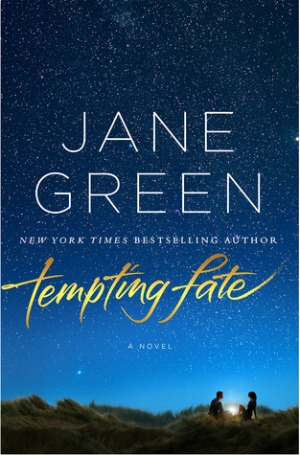 In Bret Easton Ellis’ American Psycho, monogamy is a joke. Everyone sleeps with everyone, and no one seems to care. There are no moral ramifications, because the relationships are so stagnant and idiotic, we as reader don’t care if anyone gets hurt.

This is not so in Jane Green’s Tempting Fate. In Tempting Fate, Gabby has been married to Elliot for 20 years. They have a sufficient marriage and two lovely daughters. Then, Gabby meets young, handsome and rich Matt, who sweeps her off her feet enough to make her forget condoms. Drama abounds.

The book received mixed reviews. Some readers loved it and felt quite sympathetic toward Gabby who seeks the arms of a hot, younger man to escape her own feelings of inadequacy as she ages. Other readers panned it, calling Gabby self-centered, stupid and a number of other colorful adjectives.

Let’s face it: Infidelity divides people, and I don’t just mean husbands and wives. There are readers who are fine with it and some who are not. Some people get right angry about the whole thing.

Take Something Borrowed by Emily Giffin. In this book, a young lady sleeps with her best friend’s fiancé, but most readers excuse this because the best friend is such a b****. Fans of chick lit bow to this book despite its glorification of infidelity. Basically, it’s telling us cheating is fine so long as the cheater’s mate is a real pain.

Maybe it’s just the chick-lit genre that finds infidelity so amusing. One of my favorite books is mainstream literary: Music for Torching by A.M. Homes, in which a married couple is so unhappy in their marriage they attempt to burn their house down. Paul and Elaine both screw other people, and their lives are utterly destroyed.

Think back to 1856 and Flaubert’s Madame Bovary. The heroine of that novel thought she would be happily married. Once she’s with her husband, though, she seeks out lovers and eventually kills herself.

Infidelity in literature isn’t new; what is new are the excuses. For some reason, women seek to defend the cheating protagonists. They say things like, “She wanted to feel sexy again. Her husband wasn’t giving her enough attention. The housework got to be too much. Plus, the guy was, like, totally hot.”

In the past, stories about cheating have ended badly — for everyone. (I mean, did you see Unfaithful?) Recently, though, we’ve been having fun with cheating, and it’s a little disconcerting.

I understand the state of marriage has lost its luster and become a joke in certain circles. But when married women read about poor, sad Gabby in Tempting Fate and say, “Cheat! Cheat!” something is wrong.

Is it the fault of society or the arts? Has infidelity been so vastly portrayed in fiction that we are now desensitized? We picture young seducers as Ryan Gosling or Ian Somerhalder, and we melt under the pressure. Books about being faithful despite all odds should be interesting, but they’re not. In fact, do they even exist?

Chris Martin sings of infidelity after Gwyneth Paltrow split
How to forgive and move forward after an affair
RED HOT BOOK OF THE WEEK: The Comfort of Lies by Randy Susan Meyers