Amanda Bynes does not suffer from schizophrenia, her attorney insists — but whatever was wrong with her, she is well on the way to recovery. 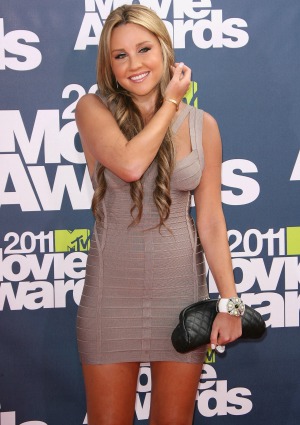 Amanda Bynes had a rough few years. Between her legal woes and her increasingly erratic behavior, the former child star was left the victim of rumors of a terrible mental illness — and her forcible hospitalization last summer didn’t help matters any.

Now that a healthier young woman has emerged, a spokesperson for the star is setting the record straight, saying the stories that Bynes has schizophrenia are simply not true.

“There has been much speculation about Amanda’s medical condition,” her attorney Tamar Arminak told People. “She has remained silent because she believed it was best to keep her mental health diagnosis private.”

“However, she asked me to dispel certain rumors,” Arminak continued. “For the record, Amanda does not have schizophrenia, nor has she ever been diagnosed with it.”

“Amanda currently is on zero medication,” Arminak revealed. “She’s devoted to living her life as healthy as possible. She’s never had a history of abusing alcohol or hard drugs, and she’s proud to say she’s been marijuana-free for the past nine months.”

“Her family is closely involved with her day-to-day life, but they try to give her as much autonomy as possible,” the legal eagle said. “She’s doing extremely well. Her primary focus is bonding with her family and being a student.”

Bynes used to fill her Twitter page with rants against her fellow celebs, but since her release from the hospital, a kinder, gentler Twitter feed has emerged, including a sweet snap of the fashion student with her mom.