The Kardashians recently went on a vacation to Thailand and Kim was busy posting fabulous photos for the public to view the whole trip. The problem? Some of them were pulled from Google Images. 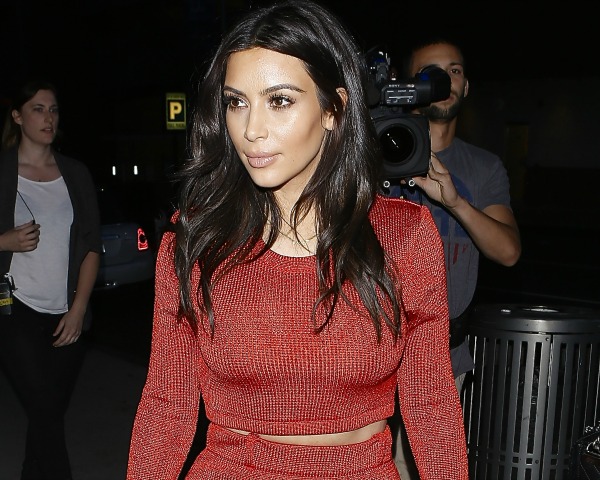 The entire Kardashian clan, minus Rob, went on an exotic trip to Thailand last week and, as usual, middle daughter Kim was a busy bee uploading photos for her fans to enjoy. The photos are beautiful and range from gorgeous landscapes to various selfies of Kim. However, the reality star has come under fire because two of the Instagram photos are allegedly pics pulled from Google Images and passed off as though they were taken by her.

VIDEO: The Kardashians can’t help you do your makeup >>

The first photo is a majestic landscape and, according to Business Insider, it is the third photo from Google Images to pop up when one searches for “Thailand beach.” The caption reads, “Thank you for the beautiful memories Thailand.” View the image here.

The second photo is actually thought to not have even be taken in Thailand, but in Japan. To be fair, Kardashian didn’t reference Thailand in the photo caption, which simply said, “#Heaven,” but it was nestled between other vacation pictures. View the image here.

The photos from Google Images weren’t the only epic photo fails from Kim’s Thailand adventure. She came under scrutiny after her younger sister, Khloé, posted pin-up-style bathing suit photos, celebrating her recent 30-pound weight loss. Kim posted sexy bikini selfies almost immediately after, in what some viewed as an effort to not be upstaged by Khloé.

Kim also got selfie-taking flack from an unlikely source: a baby elephant. When the star attempted to take a picture of herself with the young pachyderm, it pretty much made it loud and clear that it wasn’t down for the photo op. Maybe the universe, via Mother Nature, is trying to tell her to dial it down a smidgen?

Professor Chris Sprigman, who teaches law at the University of Virginia and specializes in intellectual property law, told Business Insider that Kardashian might not want to take her online hijinks so lightly.

“Looking at the website where she got the image, it’s impossible to tell if there’s a claim of copyright in the image and whether she was authorized to download it. There’s a lot of stuff available on the web that’s copyrighted and you can’t just assume that because an image is on the web that it’s free for you to use,” he said.

What do you think? Did Kim Kardashian learn her lesson and will she be leaving her camera phone at home on her next getaway?

18 hrs ago
by Rosalind Moran