Everyone is nostalgic for the ’90s and their favorite sitcom stars. Candace Cameron Bure is headed to The Neighbors for a Full House reunion. 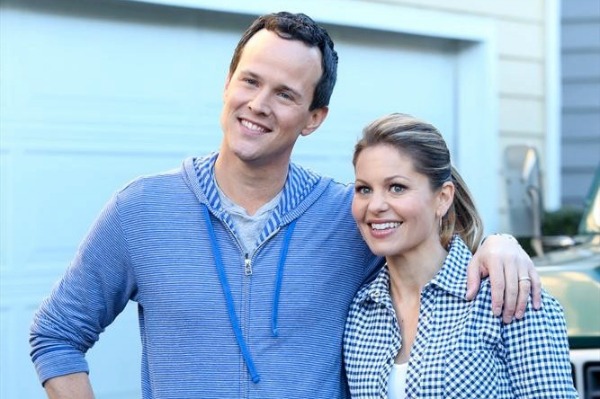 Fans can’t get enough of the Full House crew these days. The stars from the popular ’90s sitcom are everywhere lately. For viewers looking for a reunion between D.J. Tanner and her high school boyfriend, Steve Hale, there is one happening on Friday night on ABC.

This week’s episode of The Neighbors will feature Candace Cameron Bure and Scott Weinger as two new visitors arriving in the alien-filled neighborhood. It will be the season finale of the sitcom, so perhaps the two fan favorites will return in Season 3 if the show is picked up.

This isn’t the only Full House sighting in recent weeks, though. Bure, who’s currently a contestant on Season 18 of Dancing With the Stars, has had quite a few cast members come to the competition show and offer up their support.

Both Weinger and Andrea Barber, who played D.J.’s best friend, Kimmy Gibbler, were seen on the March 31 episode. Lori Loughlin also watched the former child star do the quickstep across the ballroom floor this week.

Toks Olagundoye of The Neighbors: The most interesting woman on TV >>

If Aunt Becky can make it out to support D.J., why can’t Uncle Jesse? John Stamos, Dave Coulier and Bob Saget haven’t been spotted in the audience yet. With Bure currently sitting at the bottom of the scoreboard, they better hurry up before her sparkly sequins are voted off.

In the meantime, fans will have the opportunity to watch The Neighbors on Friday, April 11 on ABC for their Full House fix.

18 hrs ago
by Rosalind Moran