No one knew until now! Tom Ford admits in a new interview that he married his partner of 27 years. 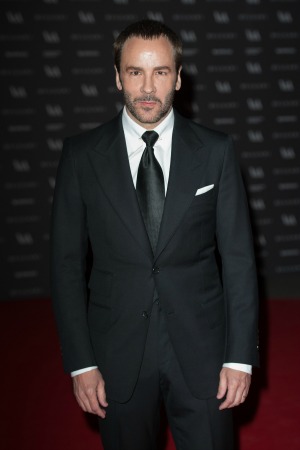 He’s one of fashion’s hottest designers and he is also a married man. In a new interview with Vogue U.K., the 52-year-old fashion guru spilled the beans about his marriage.

Cher is crying over end of partnership with Bob Mackie >>

He told the magazine, “Richard, yes, 27 years, and we’re now married, which is nice. I know that it was just made legal in the U.K., which is great. We were married in the States.”

Ford did not make it clear as to when they tied the knot, but that was the first big public announcement about the couple’s union. What is clear is how much their marriage means to him; the former Gucci designer is happy they found each other.

“I lost so many friends in college — I would say more than half of my closest friends,” said Ford. “Richard had also gone through something also quite tough in his life.”

The men met at a fashion show back in the ’80s and it was love at first sight.

Ford reminisced to WWD, “I went to a fashion show and this silver-haired guy was staring at me with these piercing water-blue eyes. It scared me because I absolutely saw and knew my entire future.”

The relationship hit warp speed almost from the start.

He continued, “We had three dates. We were living together four weeks later. He gave me the keys to his apartment, and we have lived together ever since.”

It was meant to be. Congratulations, Tom and Richard!