It’s amazing how much Simon Cowell’s life has changed in the last year. He talks about his affair and his new family. 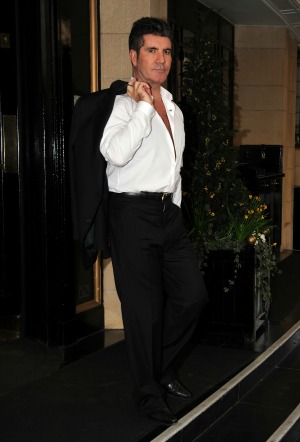 Now that his girlfriend’s divorce is settled and his son, Eric, has arrived, Simon Cowell is opening up about his affair with his friend’s wife. A new interview with the U.K.’s Mirror reveals a rather introspective Cowell.

He shared his thoughts on the betrayal. “It is not something I am proud of or wanted to happen in terms of hurting anyone. It just happened. You have to deal with it and man up to it.”

Last summer, it was revealed by Us Weekly that the former American Idol judge was expecting a baby with Lauren Silverman, who happened to be married to Cowell’s friend Andrew Silverman. The Silvermans have one 7-year-old son together.

The 54-year-old TV personality continued, “You have to accept the responsibility and the criticism. All I can say is, my advice to you is if it happens to you, you just have to deal with it a day at a time and own up to your responsibilities.”

For Cowell, the fresh start gained him a family, which has changed his entire outlook on life.

He said, “Maybe because it puts things in perspective having two people in my life who I am responsible for. There were times last year when I would live in two rooms — y’know, kitchen and bedroom, in your house. It is a weird existence when you live on your own. On the phone all night, blah blah blah. Now the house is full of people. It has become a home rather than a house.”

While the music mogul is back on Britain’s Got Talent, he does understand that his reputation took a bit of hit because of the choices he made. However, he explained that he doesn’t regret it happened.