The final magazine column by Peaches Geldof reveals she was left “alienated and abandoned” by former party pals after she had children. 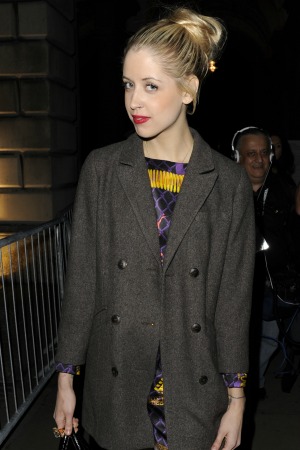 Peaches Geldof was left feeling “alienated and abandoned” by friends after becoming a mom, she revealed in a new magazine column written shortly before her death.

The daughter of iconic musician Bob Geldof was found dead in her home yesterday, but before she passed she penned her first and last column for a parenting magazine that detailed the roller coaster of emotions she went through in her transformation from tabloid fodder party girl to doting mother of two.

“With fun-loving friends from Los Angeles to London, I was lost in a haze of youth and no responsibilities… But it was becoming boring,” she wrote in the piece for Mother and Baby magazine.

“I wanted an anchor — I craved it. And when I had two wailing, smiling, joyful little blobs of waddling pink flesh, they became my entire existence and saved me from one of pure apathy.

“However, this new earth-mother me came with an unexpected consequence — I found myself friendless. My five closest friends were understanding… but many others revealed themselves to be of the fair-weather variety. Once I couldn’t go out… they didn’t want to know. The idea that I didn’t want a nanny didn’t seem to register, nor that doing night-feeds and waking up at 6 a.m. doesn’t factor in well with a wine-soaked dinner… And no one seemed to want to ask me about my babies, when I wanted to gush endlessly about them. It hurt me. I felt alienated and abandoned. Had I made a mistake?”

Celebs share their grief over the death of Peaches Geldof >>

Geldof wrote that her “doubts were erased” one day when her sons, Astala and Phaedra, began showering her with affection.

“Phaedy gave me a wet kiss and both collapsed giggling into my arms, looking at me with pure love. In that magic moment, all my doubts were erased. Everything else was nothingness and it just… didn’t matter. I had the perfect life… It was and is bliss.

“Now, with a newfound group of mummy mates, both locally and online – all the exact same struggles and issues, and who don’t question if my child flings food at their hair or care if there’s a screaming fit in the middle of the street – I’m happier than ever. I’ve achieved a sort of perfect balance. Right now life is good. And being a mum is the best part of it.”

Geldof’s Instagram account is filled with images of her children, showing her obvious pride in her boys.

The writer/model/TV presenter was found dead yesterday of so-far undetermined causes. Police say no suicide note or hard drugs were found at the scene.