Kirsten Dunst spoke up about her opinions and said she believes in traditional gender roles, saying men should be men. 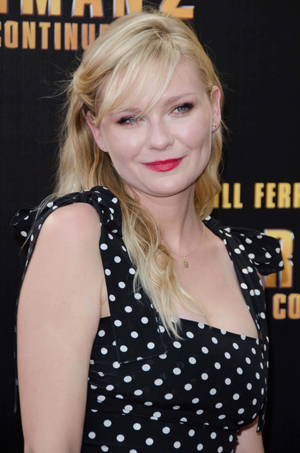 Not shy to voice her family values in a community that largely favors a more feminist view of relationships, Kirsten Dunst revealed her preference for the traditional.

In an interview with Harper’s Bazaar UK magazine, Dunst freely touched on how she feels about relationships between men and women, and said she leans toward a more conventional home life. The actress also said she feels being feminine has been “undervalued” in today’s society.

“We all have to get our own jobs and make our own money,” Dunst added. “But staying at home, nurturing, being a mother, cooking — it’s a valuable thing my mom created.”

The 31-year-old star believes that men should be manly and “sometimes, you need your knight in shining armor,” Dunst said.

“I’m sorry. You need a man to be a man and a woman to be a woman,” the Midnight Special star added. “That’s how relationships work.” As expected, Dunst’s comments riled some feminist feathers on the internet and many have already come out to lambast her; some have even insulted her intelligence.

“I’m not going to couch this much because Kirsten Dunst is not paid to write gender theory,” Erin Gloria Ryan of Jezebel wrote. “So it shouldn’t surprise anyone that she’s kind of dumb about it.”

Several Twitter users made comments such as, “She should just keep quiet. I wasn’t aware Kirsten Dunst could be more unlikable,” while another wrote that the Spiderman actress should be added to “the list of famous women who should never be allowed to talk near young girls. Ever.”

Media Research Center’s socially conservative Katie Yoder said that “feminists claim to be pro-woman, but they only support ‘correct’ choices and decisions,” while slamming the ones that don’t serve their own beliefs.

“Our culture and media teach women that success means running after careers and money,” Yoder added. “Instead, a pro-woman society should emphasize a woman’s importance and worth, no matter her decision in how to live out her life.”