Scarlett Johansson is happy with her life right now, except for how people view her. She doesn’t like being the sexy one and really doesn’t like her nickname. 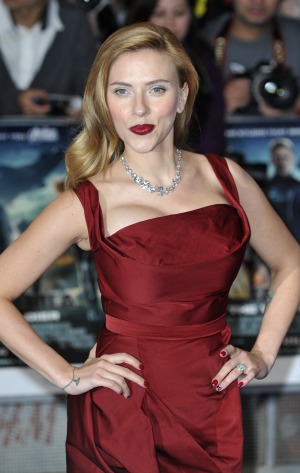 Scarlett Johansson is at the height of her career: she is getting married and is about to have a baby. But there are some things in her life she can’t control — and one of those things is her given Hollywood nickname: ScarJo.

“I associate that name with, like, pop stars. It sounds tacky,” she told Glamour for their May cover. “It’s lazy and flippant. And there’s something kind of violent about it. There’s something insulting about it.”

Johansson is nearly 30, and is about to be a mom. She is also planning her wedding to fiancé Romain Dauriac. Having spent her 20s as an A-list actress seems to have gotten to her, and she doesn’t seem happy to be labeled as sexy.

“When I made Lost in Translation, I was 17, and now I’m 29. I think I’ve been in my ‘early 20s’ for, like, over a decade!” she said, according to People. “That’s a normal side effect of being a young actor. You’re captured in a certain time of your life, and it’s hard for people to move past that.”

Johansson was divorced from her first husband Ryan Reynolds more than three years ago, and it seems she has finally found the love of her life. She is happy to have gone through her past experiences, and said, “I feel I know now more of what I need in a relationship, what I want in a relationship. And I know I have more tools to communicate, not just with my partner, but with myself. That’s not necessarily any reflection of who I was married to or what was happening in my marriage, but really where I was in my life.”

Johansson is now living in Paris with Dauriac. You can see her now in Captain America: The Winter Soldier.

50 mins ago
by Giovana Gelhoren