Grammy-winning band fun. has been named by the United Nations as a Free & Equal equality champion after joining the campaign for LGBT equality. 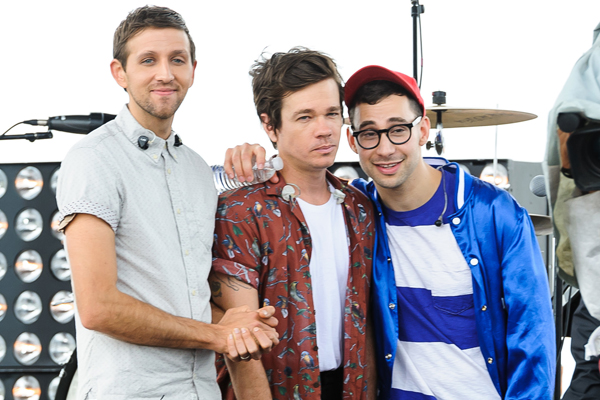 The band teamed up with other famous existing Free & Equal members including Ricky Martin, South African singer Yvonne Chaka Chaka, Bollywood actress Celina Jaitly, U.S. hip-hop artists Macklemore & Ryan Lewis and Brazilian singer Daniela Mercury. Together with these current champion advocates, fun. will be pledging their support for Free & Equal and helping to spread the word of the campaign through social media.

“We as musicians stand with the LGBT community in any way we possibly can,” fun. band member Jack Antonoff said. “Together, we have the ability to make the world a freer and more equal place.”

The U.N.’s Charles Radcliffe of the human rights office commented on fun.’s new initiative, praising the band and their ongoing efforts.

“fun. is made up of three incredibly talented musicians who are also great advocates for equality and human rights,” Radcliffe said. “Their work with the Ally Coalition is making an important difference in the fight against homophobia and transphobia, and we’re thrilled to partner with them and have their support for the U.N.’s Free & Equal campaign.”

fun. has earned two Grammy Awards for their album Some Nights in the Best New Artist category and Song of the Year for “We Are Young.” Their songs have enjoyed global success with several having gone platinum. Their captivating and energetic live shows have continued to sell out around the world, making them one of biggest indie bands of today.

The Free & Equal campaign is dedicated to raising awareness of violence against homosexuals and transgenders, as well as discrimination against these individuals. They aim to encourage more respect for the rights of people in the LGBT community all over the world.