An excerpt from Miley Cyrus’ cover story with Elle magazine has surfaced and the pop star isn’t holding back on details of the past, including life with Disney and former fiancé Liam Hemsworth. 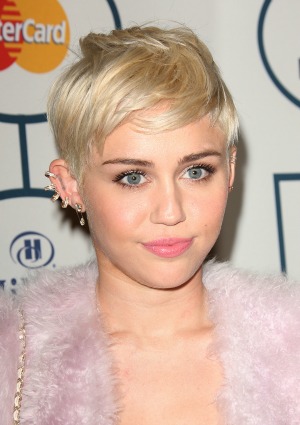 It’s another day and another update on Miley Cyrus. Just hours after the last-minute cancellation of her Charlotte stop on her Bangerz tour on Monday, April 7, an excerpt from Miley Cyrus’ cover story with Elle magazine surfaced and the pop star isn’t holding back on details of the past.

As the featured singer for Elle‘s Women in Music issue, Cyrus reflects on the time when she was transitioning into a post-Disney singer while still trying to maintaining a relationship with her then-fiancé Liam Hemsworth.

“When I went through a really intense breakup, you know, I was engaged and when I was with him or when I was on Disney, the thing that gave me the most anxiety was not knowing what to do with myself when Disney wasn’t there to carry me anymore or if I didn’t have him,” Cyrus admits, before boldly confessing that she’s now free and fine without either of those investments.

However, for many, Miss Cyrus will always be known as Disney Channel’s young tween Hannah Montana, and says she’s grateful for that initial career jump, where she received “the most intense training.”

Much like her pop-star peers, the hit maker is ready to forge a new path for women in the industry and is still baffled about the lack of equality, complaining, “I mean, guy rappers grab their crotch all f***ing day and have h** around them, but no one talks about it.”

Cyrus’ goal for equality doesn’t stop there. As one of the industry’s current it girls, she says it’s intense to hear that she’s a part of a generational change with fans coming to terms with their sexual orientation.

“I have guys and girls that come out, and they’re like, ‘The only reason I’m able to admit that I’m gay is because you’ve made me feel like that’s OK…’ It wasn’t always accepted and I feel like I am a big part of that change,” she said.