Gwyneth Paltrow has been going through a difficult time these past few weeks. First, the actress announced she was splitting from her husband Chris Martin, and now she is dealing with the death of her grandmother Dorothy. 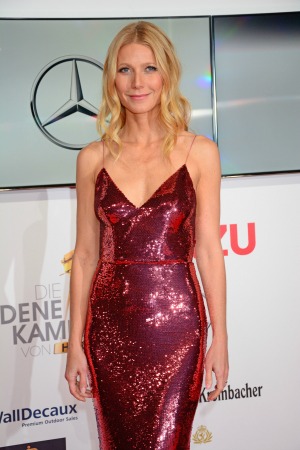 Poor Gwyneth Paltrow! Things in the Iron Man actress’ life have, unfortunately, not been going her way lately.

First, the actress and her husband of 10 years Chris Martin announce they are ending their marriage, or rather “consciously uncoupling,” and now she’s grieving the loss of her grandmother.

Paltrow’s paternal grandmother, Dorothy W. Paltrow, passed away in Palm Beach, Florida, on March 31, alongside family and friends — just six days after the actress announced her split from her husband.

Dorothy was the mother of the late director Bruce Paltrow, Gwyneth’s father, who died in October 2002 from oral cancer. Dorothy’s death notice was published in The Palm Beach Post newspaper on Friday.

According to E! News, the obituary reads Dorothy was “preceded in death by her husband, Arnold ‘Buster’ Paltrow.”

Dorothy’s family will hold a private memorial service for her at a later date. The announcement added that donations may be made to the Keith Adam Paltrow Memorial Scholarship Fund at Cornell University in Ithaca, New York.

The 41-year-old actress appears to be going through a very difficult time in her personal life. Not only has her marriage come to an end, but she has also been faced with cheating allegations.

Late last month, she released a statement on her lifestyle blog that announced her split from the Coldplay rocker. “We have come to the conclusion that while we love each other very much we will remain separate,” read the statement.

Our thoughts are with the Paltrow family during this sad time.