Amanda Bynes went to Mexico to celebrate spring break and her birthday and, boy, is she looking fab! 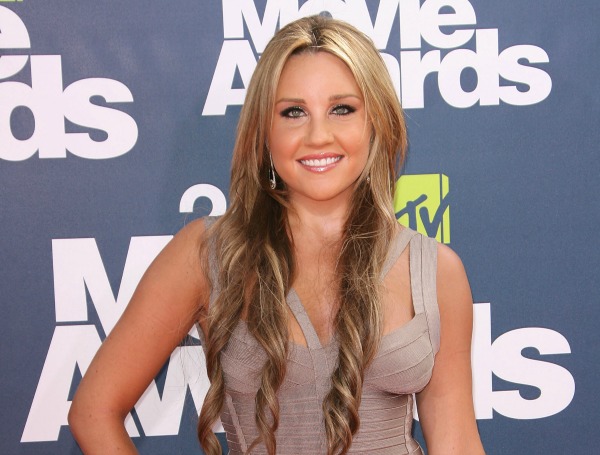 It’s been one roller coaster ride of a year for Amanda Bynes, but the star ended her 27th rotation around the sun on a positive note and she went to Mexico to celebrate.

Although there were no piña coladas or body shots on this trip, Bynes posted some pictures on Twitter in which she was looking relaxed and happy in a neon green bikini.

Bynes, who is now taking classes at fashion design school, FDIM, hit the beaches of Cabo on her spring break to celebrate her 28th birthday, according to TMZ. She was accompanied by her parents, Rick and Lynn, which is rather non-traditional for a spring breaker, but considering the doozy of a year the What I Like About You star has had, a bit of supervision seems in order.

Bynes’ parents were granted conservatorship of the actress last August, after a Ventura County judge ruled her “severely disabled.” The Easy A star was in the midst of a very public breakdown, which involved her sending inappropriate tweets to other stars, being arrested for throwing drug paraphernalia out the window of her NYC apartment, and a DUI charge stemming from a hit-and-run accident with a police car. Then, in July, Bynes was arrested for starting a fire in an elderly woman’s driveway. She spent most of the last half of 2013 in a psychiatric ward, where she was allegedly diagnosed with schizophrenia and bipolar disorder. She then entered a rehabilitation center in Malibu.

In December, the former Nickelodeon child star emerged from rehab and seemed more like her old self.

“She is very happy to re-establish the loving relationship with her family that she once shared,” her lawyer, Tamar Arminak, said upon her release.

Not long after reintegrating into society, Bynes announced she would follow her dream of fashion design and enroll at FIDM, against medical advice.

One doctor’s order she seems to be following? Working out.

According to a TMZ source familiar with Bynes’ treatment, docs ordered exercise to restore “balance and calm.” The only side effects of the treatment? Looking amazing poolside in a bikini.