The latest Star Wars film is finally moving forward. Over the weekend, Disney quietly began production on the upcoming sequel. 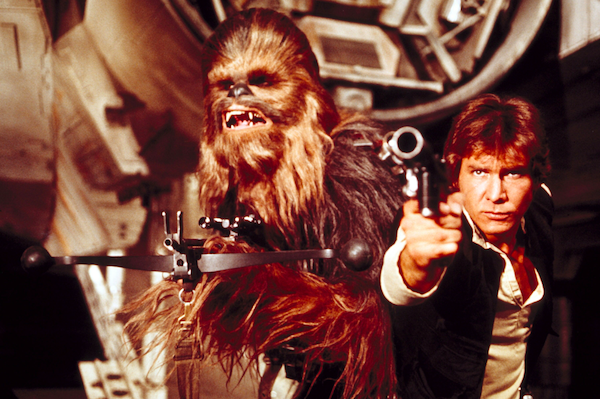 Star Wars: Episode VII is actually happening. For a while, we’ve known that Disney planned to expand the series after they purchased Lucasfilm in 2012. Their first article of business was kick-starting another Star Wars trilogy. The last film, Star Wars: Episode III: Revenge of the Sith, opened nearly a decade ago in 2005.

Despite the high-profile nature of the film, the studio’s been able to keep important details under wraps. The plot is unknown and, with the exception of a couple of actors, the cast is, too. There have been rumors that original stars Harrison Ford, Mark Hamill and Carrie Fisher would reprise their roles as Han Solo, Luke Skywalker and Princess Leia.

Director J.J. Abrams seems to want new actors in the main roles. Adam Driver (HBO’s Girls) is attached to play the film’s villain, while Oscar-winner Lupita Nyong’o recently met with Abrams about an undisclosed part. Disney chairman, Alan F. Horn, claims that most of the film has already been cast.

What we do know is that Peter Mayhew, who’s best known for playing Chewbacca, has officially signed on for Episode VII. Plus, the Hollywood Reporter states that production on the film has recently begun. Abrams is known for keeping his projects under lock and key, but this is taking it to a whole other level.

Are you excited for Chewbacca and Mayhew’s return to the series?