Kirstie Alley has struggled with her weight in the public eye and she is again going to attempt weight loss through Jenny Craig. 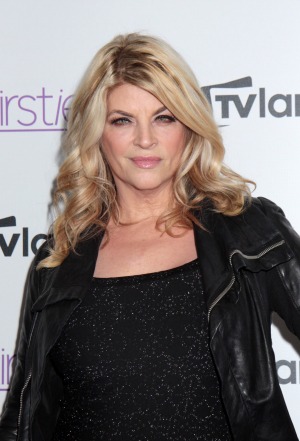 Kirstie Alley has very publicly struggled with her weight for decades, and she is again trying her hand at losing the weight. Alley said she didn’t realize she had gained some weight back until watching her show, Kirstie.

“I was like, you look OK on the street, but you don’t look [OK] on TV, not so much,” Alley told Matt Lauer on the Today Show.

Alley announced she will be again joining Jenny Craig as a spokesperson, a role she also held from 2004 to 2007. That time, she lost 75 pounds. She told Lauer she kept the weight off for a few years and then, “I went off the rails a bit.”

Alley said the weight gain was due to “man troubles” as well as eating during the holidays.

“I have a goal to lose 30 pounds. Thirty pounds is a lot,” Alley told Lauer. “I want to come back every week, so I can just stand here naked and proud in front of the world!”

While Alley is again getting ready to go on the Jenny Craig diet, she knows what she is doing this time and what she needs to do to keep the weight off.

Kirstie Alley to Leah Remini: “You are my enemy” >>

Alley is giving herself a timeline of five months to lose the weight, and she offers a warning to those who think overindulging is the only cause of weight gain.