Barbara Walters is ready to relax a bit after over 50 years in broadcast news. Find out when the legend is going to retire. 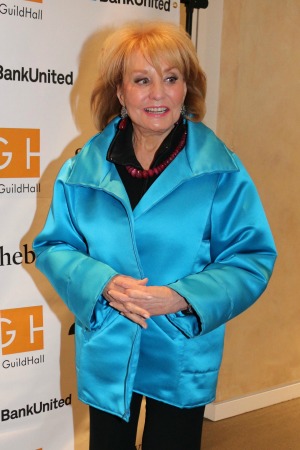 It’s going to be the end of an era. On Monday, Barbara Walters announced the official date of retirement: May 16. She revealed about a year ago that she would leave daily television sometime in 2014.

Her final day on The View will also be marked by a two-hour prime time special honoring her working on ABC. While she will not be on TV every day, the 84-year-old journalist will continue to executive-produce the daytime talk show and appear on ABC News occasionally.

Robert A. Iger, Chairman and Chief Executive of The Walt Disney Company said in a statement, “She’s a dear friend and colleague as well as someone I deeply admire, and it’s impossible to fully convey her impact and influence on television. She broke barriers, defied convention, made history and set the standard for journalistic excellence for more than 50 years. It’s hard to imagine television without her.”

Her career at the network began in 1976 when she became the first female anchor on an evening news program. She moved on to 20/20 three years later and eventually developed The View in 1997. Their “Hot Topics” panel format is copied by many daytime talk shows to this day.

Her influence on women in broadcast journalism and in the workplace is not lost on anyone that encountered her over the years.

Katy Perry and Barbara Walters kiss and make up >>

Anne Sweeney, co-chair of Disney Media Networks and president of Disney/ABC Television Group shared, “Barbara Walters was one of the first people I met as an ABC page almost 38 years ago. She was fiercely intelligent, impressive and inspiring then, and remains so to this day. I am honored that I’ve had the rare opportunity to work and learn from her all these years. Her influence on television and American culture will resonate for decades to come.”