Is it possible to be gay and religious at the same time? That depends on who you talk to. For chart-topper Mary Lambert, it’s not out of the question, though. It’s just about finding members of your faith who love you for what you are. 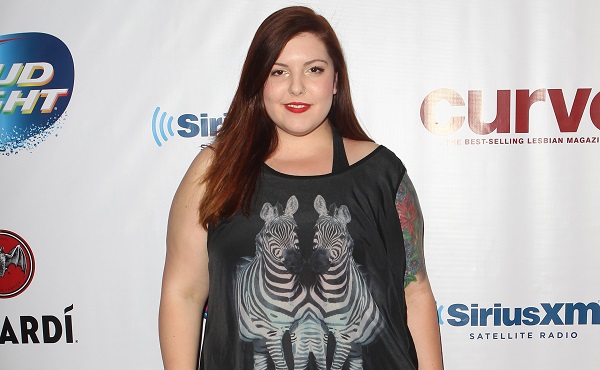 Religion and homosexuality continue to clash, but the powerful vocalist behind Macklemore’s “Same Love” song told SheKnows that there’s no reason both can’t exist. For Mary Lambert, faith isn’t about guilt or church, but about prayer and love.

10 Celebrities who stand up for gay marriage >>

A clear example of that love is the way her family and friends responded to Lambert when she finally worked up the courage to come out. They embraced her lifestyle with love and respect. She told us she never struggled with being gay, but she struggled with how to share it with the world.

“Most of the trials and tribulations happened internally,” Lambert shared. “The indoctrination of ‘You’re going to Hell because you do this, because you love this person.’ I fought for so long internally about coming out, not so much the fact that I was gay. It was just like, ‘OK. I really, really prefer women.’ But, what I ended up doing was, like, “I’m going to be with women. That’s how it’s going to be.’ But, I can apologize every day because I will repent. That’s the idea: [Even] murderers can repent and be accepted into the kingdom of Heaven. I was 17 and I woke up every morning and I would sit and I would apologize to God. The whole lyric of ‘I’m not crying on Sundays’ is because I would go and I would sit in church and be so wracked with guilt, apologizing.”

These days Lambert recognizes that guilt is overwhelming and not healthy and she’s put it behind her. But, how did she react when she finally realized living a self-perpetuated guilt trip wasn’t the best way to live your life and that she could never be happy with so much weighing on her shoulders?

“I stopped going to church,” Lambert said. Though, eventually she found a place that accepted her. “I started going to, there’s an Episcopalian service that I really enjoy. It’s about finding people that really understand you and also aren’t homophobic. [The hatred] stems from homophobia, it’s really unfortunate. But, because I come out of the church I also realize that [the Christians’] intention is love. They mean well. They just don’t want you to go to Hell. I get that. It’s still twisted and incorrect but that’s what the intention is.”

Those struggles have led to Lambert being in a much happier place now.

“My faith is, if anything, gotten stronger,” Lambert said. “Faith to me is really, really personal. And I believe what works for some people doesn’t work for other people. I think that all roads lead to the same place. All of the stories are all so similar, that it’s funny to think that it divides us so much. A lot of it is just prayer.”

For all of Lambert’s faith, there is also an extraordinary amount of people who have faith in the singer, too. Macklemore and Ryan Lewis had no qualms recording with the relatively unknown artist. Their risk paid off as “Same Love” is one of the most popular sounds out now. Now that Lambert is touring on her own, plenty of booking agents also have faith in the singer, including the founders of Live in the Vineyard, where Lambert performed recently.

“We really ask artists who not only are great artists but who have the ability to communicate what they do to the crowd. Like Mary Lambert last night or OAR,” one of the lovely founding ladies told us. “Every artist we present we believe is world class, otherwise we would not present them. All of them are not going to be the biggest artist in the world, but each of them have their own paths.”

We fully agree that Lambert is world class. Give her time, though, and we think she could end up one of the biggest artists in the world. We have that kind of faith in her, anyway.

For more music news and reviews, sign up for our newsletter >>