When SheKnows hit up Live in the Vineyard, we knew we’d have a great time. However, we didn’t expect to be inspired by three very special ladies or get the inside scoop on Mary Lambert’s love life. Lucky us! 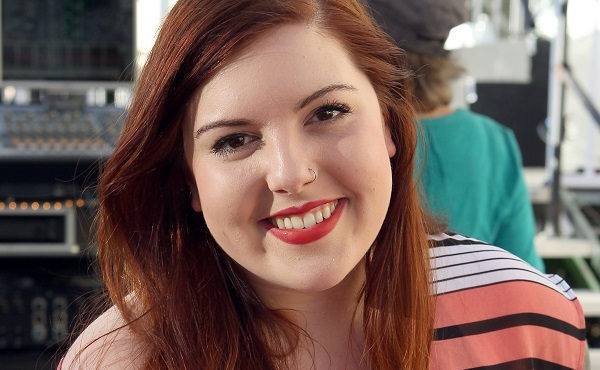 When SheKnows caught up with “Same Love” singer Mary Lambert, she was performing at Live in the Vineyard. We chatted with her about her newest love and we also spent time talking with the founders of Live in the Vineyard, a sort of grown-up music festival centered around grown-up food, good wine and, of course, amazing music. We asked the women about their “lifestyle event” and they shared with us that they hope women can be inspired by the way they’ve made their dreams a reality.

“We created this on the love of lifestyle elements of music, food and wine just because we love those elements,” one of the founders shared. “And we’re best friends — we’re totally different and we’re so alike in the same way. I just think that [it’s] passion and believing in who you are, believing in what you want and seeing it through. Both of our parents said to us that we can do anything that we set our mind to. I think that with each other, we’ve just basically come together and we have a lot of fun. But, we work our butts off.”

We’re totally inspired. Putting together a festival takes hard work, but it’s not even these lovely ladies’ — Claire Parr and Bobbii Hach-Jacobs — day jobs. They have outside lives as mothers and professionals within the music business. Yet the two found a common interest and came together to create a spectacular event. They’re inspiring ladies. So, it makes sense that they’d invite the equally inspiring Lambert to perform at the event.

When we chatted with Lambert at the fest, we got her to open up about her own inspiring story: her relationship with religion as a gay woman and her road to love. While she shared that a terrible experience may have inspired her first album, everything is all good now. As a matter of fact, she thinks she’s found “the one.”

10 Celebs who stand up for gay marriage >>

We asked Lambert about how bad love can inspire good music and she was like an open book, immediately sharing that her first album was full of music about a high school relationship gone sour.

“We were both partying really hard and when substances are involved you can sort of look at it retrospectively and think, ‘It’s because of that,'” she said. “But, you can make yourself crazy and keep circling around. I did that for four or five years. It was really difficult for me to get over her. So I made the album, Letters Don’t Talk. It has a lot of heartbreak in it, so that’s where it comes from.”

Breakup albums are no new thing. Adele and Taylor Swift have made a living singing about their struggles in love. Was Lambert as open as her predecessors about who, exactly, inspired those songs?

What? “The one?” As typical girls, we’re always excited to hear about someone falling in love. Of course we pestered her for more information and like the uber-sweet woman she is, Lambert obliged.

“Her name’s Michelle. She’s the cutest girl on the face of the earth,” Lambert gushed. “She’s a singer, too, so we super-relate to one another and she’s — what can I say about her? She’s an angel. She’s an angel in a blazer.”

So, after that mass same-sex wedding on the Grammy stage, should we expect a wedding in Lambert’s future? Lambert shared that they hadn’t been dating long, but it’s possible we could see a wedding in her future eventually. We, of course, expect an invitation. Maybe they’ll just tie the knot at Live in the Vineyard. Great food, awesome entertainment and wine: What else does a wedding need?