Rob Lowe had a tough time in Hollywood, but meeting the love of his life and going through rehab helped him out. He is hoping Justin Bieber can do the same. 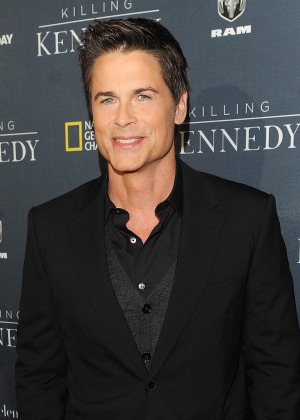 Parks and Recreation star Rob Lowe may seem like an unlikely person to give singer Justin Bieber advice, but if you think about their lives, they have more similarities than you may realize.

Rob Lowe grew up as a member of the 1980s Brat Pack, and became one of the bad boys in Hollywood. Not only did he struggle with addiction, he also went through a sex tape scandal, back before sex tapes were really a thing. The actor got sober in 1990 and married his wife Sheryl Berkoff in 1991.

But the years of being the bad boy taught him a lot, and Lowe said he understands another young star these days, because he relates to what he is going through.

“I have tremendous empathy,” Lowe said of Justin Bieber on Sunday’s episode of Oprah Prime.

Lowe also thinks he understands why Bieber may act the way he does, and it has to do with his Beliebers.

“He makes really good music, he does, but I think he knows the dark secret, and the dark secret is 80 percent of his audience doesn’t give a s*** about the music. And he knows it. It bums him out,” Lowe explained. “They care about lemming-think, and their girlfriends and who’s oohing and aahing and screaming. It has nothing to do with what he’s doing as an artist. He is the guy who is standing in front at a moment that they’re going through a developmental thing. It’s natural, it’s all great, but if it wasn’t him, it would be somebody else, like it was me.”

Lowe was one of the lucky ones, and got help for himself. He opened up to Oprah about his time in rehab and said he “loved it.

“I don’t know what that says about me. I didn’t love the fact that I had to go and it was absolutely painful, but I liked the science,” he explained, via E! News. “I couldn’t have gotten sober without rehab because I needed the science. I needed to [learn about] addiction and what it does to your body and all of the research and the things like that.”

You can read more about growing up a Hollywood bad boy in Lowe’s memoir, Love Life, out Tuesday, April 8.