Several nightclubs in Miami denied Justin Bieber access over the weekend due to his troublemaking ways and being underage. 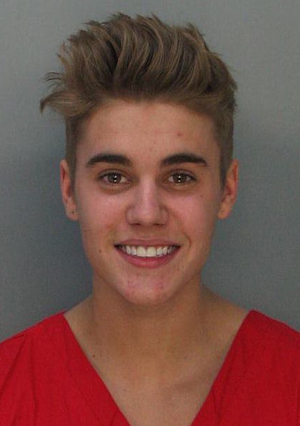 While in Miami, Florida, this past weekend, Justin Bieber was not welcomed at several of its hot spots because they claim he’s too much trouble and still underage.

According to a new report from TMZ, Bieber’s camp phoned three nightclubs last week to reserve tables for him and his friends this weekend, but they were denied by all the locales. After lots of pleading, in which Bieber’s people promised the nightclubs to spend lots of cash on drinks if they let the pop singer in, LIV, Story and Adoré all said no.

Justin Bieber and Selena Gomez coming to a town near you >>

Sources claimed that the main reasons Bieber was refused entry were that he’s not 21 yet, and because of the Canadian singer’s DUI arrest the last time he went partying in Miami. Apparently, after Bieber’s arrest, SET nightclub — where the 20-year-old singer had been that night — suffered lots of negative publicity for allowing the troubled star to party there.

The city’s popular night spots don’t think letting the Biebs in is worth their trouble so they’ve decided to ban him from getting in. So, while Bieber was seen having a quiet night at the Cavalli lounge on Friday night, he was nowhere to be seen on Saturday, and he was definitely not at any of the big clubs his people tried to get him into.

TMZ added that other clubs actually offered to let Bieber in if he agreed to perform a song for free during his visit. Guest artist at nightclubs don’t need to meet the 21 and over age limit requirement. However, Bieber said no and the clubs didn’t push him on the matter.