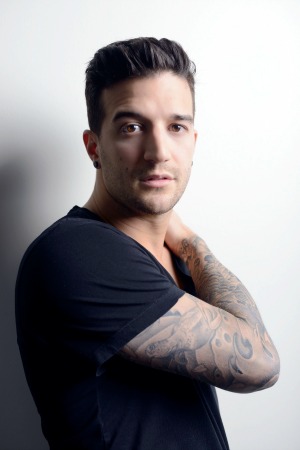 Dancing With the Stars fans, SheKnows has an exciting addition to our team for Season 18. Pro dancer Mark Ballas will be joining us each week to write a guest blog, giving readers an inside look behind the scenes and his thoughts on every episode.

This season, he is paired with celebrity partner Candace Cameron Bure, best known to TV audiences as D.J. Tanner in the long-running sitcom Full House. Ballas will reveal how he thinks they did in the rehearsal room and out on the dance floor.

The Emmy-nominated performer is multifaceted in his talents. His dynamic energy and bold choreography has made him one of the most popular pros on the ABC dance competition show. In his eight years on DWTS, he has captured two mirror-ball trophies with Olympic figure skater Kristi Yamaguchi and Olympic gymnast Shawn Johnson.

In addition to his work in the ballroom, he also has a successful music career. He was named “Artist to Watch” in 2011 by Clear Channel and the 27-year-old star plays regularly in the Los Angeles area on Saturday nights at The Sayers Club.

SheKnows is excited for Ballas to join the team this season with his first blog appearing this week after the controversial Switch Up on DWTS. He will be working with Derek Hough’s partner for the season, Paralympian Amy Purdy. SheKnows readers will hear how their week flowed with getting adjusted to a new partner.

18 mins ago
by Alicia Kort