One of Mariah Carey’s Lambs took to Twitter over the weekend to voice her concerns to manager Jermaine Dupri about the lack of movement in regard to the singer’s new album campaign. 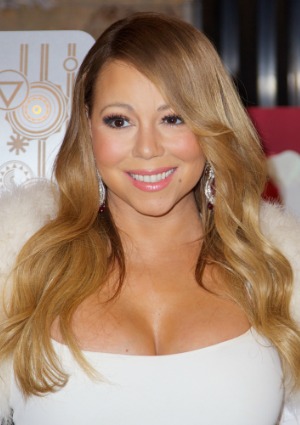 Hell hath no fury like Mariah Carey fans. Over the weekend, one of the powerhouse singer’s Lambs took to Twitter to share her frustrations over the lack of movement and hype in regard to the singer’s upcoming studio album, which is set to drop on May 6.

In a letter that was retweeted 250 times, a supporter questioned the lack of effort that is being put into the marketing campaign for the singer’s currently untitled album, which hits stores in less than a month. “Throwing a ‘radio a** kiss party’ and telling lambs to change their screen names to #May6 is not really sufficient to breathe some life into, and kick start, the most drawn out album release in her career,” the supporter Jess wrote, before suggesting that if he’s going to stick around he “might as well get your s*** together.”

Jess ended her rant on a harsh tone, telling Dupri that rather than exploiting the singer to pull himself out of bankruptcy, he should “advise her, as her friend, to hire professionals with proven experience.” Ouch.

With all bias aside, there is plenty of truth to the lack of movement involved in Carey’s upcoming album campaign since she hired Dupri to assume the role of manager in October 2013. In fact, things for the singer were actually looking pretty busy before the change in her team. Carey remains one of the most successful female singers of our time and it’s a shame that the project appears to be sliding off the radar due to lack of promotion and underwhelming material.

Back in February, the former American Idol judge released the project’s latest single “You’re Mine (Eternal),” but it failed to make an impact on radio and social media avenues. Since then, the singer’s team has tried to salvage the success of the song by releasing various dance remixes, including a Gregor Salto and Funkin Matt Main Mix, a Chus and Ceballos Main Mix and a Fedde Le Grand Main Mix.