Peaches Geldof is dead at age 25. Was her final Instagram post an omen of things to come? 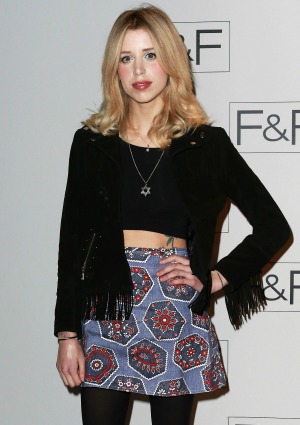 British TV presenter and model Peaches Geldof was found dead in her home today. She was 25 years old.

Police say they were called to an address near Wrotham, Kent, in the U.K. after receiving a call about concern for the welfare of a woman Monday afternoon. The mother of two was later pronounced dead by paramedics.

“At this stage, the death is being treated as unexplained and sudden,” Kent Police said in a statement.

Yates went into a downward spiral after the sudden death of Hutchence and was found dead of a heroin overdose in 2000.

Geldof later described her mother’s death as something she had never really dealt with.

“I remember the day my mother died, and it’s still hard to talk about it. I just blocked it out. I went to school the next day because my father’s mentality was ‘Keep calm and carry on,'” she told Elle magazine in 2012.

“So we all went to school and tried to act as if nothing had happened. But it had happened. I didn’t grieve. I didn’t cry at her funeral. I couldn’t express anything because I was just numb to it all. I didn’t start grieving for my mother properly until I was maybe 16.”

The final post on Geldof’s Instagram was a photo of her mother holding her in her arms.

Bob Geldof released a heartbreaking statement immediately after the news of his daughter’s death broke.

“Peaches has died. We are beyond pain,” he said.

“Writing ‘was’ destroys me afresh. She was the wildest, funniest, cleverest, wittiest and the most bonkers of all of us. What a beautiful child. How is this possible that we will not see her again? How is that bearable? We loved her and will cherish her forever. How sad that sentence is.

“Tom and her sons Astala and Phaedra will always belong in our family, fractured so often, but never broken.”

Geldof leaves behind husband Thomas Cohen, lead singer of the band SCUM, and two sons, Astala and Phaedra. “My beloved wife Peaches was adored by myself and her two sons Astala and Phaedra and I shall bring them up with their mother in their hearts every day,” Cohen said in statement of his own. “We shall love her forever.”