Comedian John Pinette was found dead in his hotel room on Saturday afternoon, and celebrities have taken to Twitter to mourn the star’s untimely death. 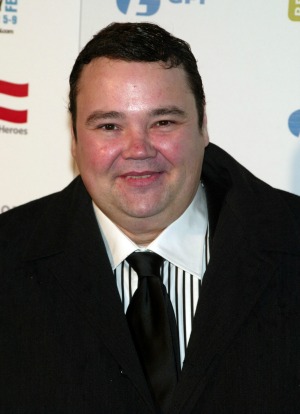 According to TMZ, the Allegheny County Medical Examiner’s Office said Pinette  — who was best known for his role in the Seinfeld finale as the man who got mugged and carjacked — died in his Sheraton Hotel room around 2:30 p.m. Pinette was just 50 years old.

According to reports, no foul play has been reported, and it is believed he died from natural causes.

Wayne Knight death hoax made fans fear for the worst >>

There will be no autopsy performed because the star’s personal physician has claimed Pinette was suffering from liver and heart disease. The physician has signed off on the actor’s cause of death with the Allegheny County Medical Examiner’s Office.

Pinette began his career in the early ’90s and starred in movies such as Junior, Dear God and The Punisher.

While the Seinfeld star had enjoyed comedic success, he’d also been plagued by personal troubles, including prescription drug addiction, which he checked into rehab for in 2013 and was forced to postpone several of his performances. In addition to Pinette’s addiction, he also battled with his weight, which played a huge part in his self-deprecating comedy style. He took a break earlier in the year to recover from surgery after losing weight.

“I didn’t give myself enough time to heal this past fall and it has caught up with me,” Pinette said on Twitter in January. “But I’m on the mend and I promise to hit the stage as soon as humanly possible.”

Pinette was still enjoying comedic success to date and was in the middle of a tour at the time of his death. According to Variety, his next performance was due to take place at a California comedy club called the Ontario Improv.

Celebrities have reacted to the sad news of Pinette’s passing and have taken to Twitter to pay tribute to him. Steve Byrne tweeted, “Really breaks my heart to hear @JohnPinette has passed away. Obviously hilarious but just such a sweet guy.”

Really breaks my heart to hear @JohnPinette has passed away. Obviously hilarious but just such a sweet guy.

Lewis Black also tweeted, “@JohnPinette sad to see him pass into the night and so young he was a funny f*** and a sweet heap of a man. Hope there’s a buffet out there.”

Fellow comedian Dane Cook tweeted, “John Pinette and I worked on a film together. He was one of the most generous people I’ve ever worked with. A hilarious comedian. Sad loss.”

John Pinette and I worked on a film together. He was one of the most generous people I've ever worked with. A hilarious comedian. Sad loss.