Last fall, Rashida Jones was vilified when she went to Twitter to express her disdain for oversexualized images of young female celebrities. It would appear Jones is more committed to her cause than caring what the haters think, because she’s not backing down. 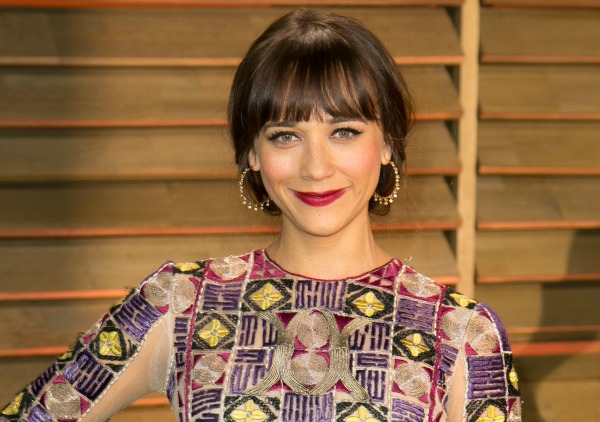 “The year of the visible vagina”

In October 2013, Rashida Jones decided she had had enough of young female celebrities like Kim Kardashian, Miley Cyrus and Rihanna shoving their lady parts in everyone’s faces, and she took to Twitter to express her outrage. She tweeted, “This week’s celeb news takeaway: she who comes closest to showing the actual inside of her vagina is most popular. #stopactinglikewhores. Let me clarify. I don’t shame ANYone for anything they choose to do with their lives or bodies… BUT I think we ALL need to take a look at what we are accepting as ‘the norm’… There is a whole generation of young women watching. Sure, be SEXY but leave something to the imagination.”

Miley Cyrus nude on a horse: Proof she still doesn’t get “sexy” >>

Jones’ #stopactinglikewhores campaign didn’t stop there. Because of the backlash her spot-on comments received, Jones said she learned a very valuable lesson about social media. The Parks and Recreation actress explains, “Twitter is a dark alley and you shouldn’t go down it alone, because you’ll get beat up.”

Jones was accused of being everything from anti-woman to anti-feminist because she dared to suggest that young women celebrities could do a better job with their responsibility as role models to other young women. When Jones was invited to write a column for Glamour, she used it as a platform to better explain what she meant by her Twitter rant, clarifying that there was nothing wrong with being sexy but that today’s standard for “sexy” for teen and young adult girls has become oversexualized.

On April 5 at the Women in the World Summit, Jones joined a panel to revisit the topic. Here are a few of our favorite quotes from what Jones had to say on the subject of overly sexualized images and acts of young female performers.

“It’s not just Miley [Cyrus], you know. I don’t blame anybody individually for their expression of themselves. I’m just worried about the collective messaging that’s happening for girls.”

“Say what you will. ‘You’re not a role model.’ Fine, you are. You have no choice in the matter. You’re selling tickets to lots of young girls.”

“I mention in my article that men need to be a part of this conversation because what’s ended up happening is it’s a bunch of women just, like, duking it out between each other and we’re not including men.”

“You can’t invest in your looks as your only thing because it’s a depreciating asset. It’s like putting money into a stock that’s going down. Invest in your brain, invest in your talents. Those things can appreciate and they get better as you get older.”