The Game of Thrones Season 4 premiere is here and we thought it was time for a recap. What better way to do that than with some spoofs and parodies of Seasons 1-3? (Warning: Some of these are as NSFM as the actual series.) 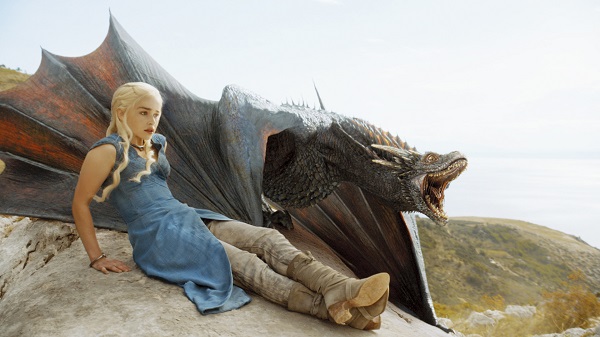 Very few of us realized how big it would become when Game of Thrones first started. It seemed like a pretty niche market, right? Now here we are, holding our breaths each spring and tearing through books from a genre we’d never encountered before. Just because you love the Starks or secretly root for the Lannisters, though, it doesn’t mean you can’t enjoy a good spoof of your favorite show. These are our favorites.

A Princess Bride-style retelling of Season 1

Clips of Princess Bride and Game of Thrones have been spliced, diced and edited together to form this hilarious Season 1 recap. Who hasn’t reacted exactly like Fred Savage while watching nearly every episode of the show?

Oh, the interwebs. Some genius with video editing skills and a great sense of humor decided to re-work the Game of Thrones opening sequence to make it more retro and fantastic. The best part? The way they Americanized “Nick Waldo”!

Best one yet? We think so. This spoiler-filled trailer not only gives the perfect spoof of Seasons 1 and 2, it’s also really freaking funny. It makes fun of all the most ridiculous parts of Game of Thrones, including George R. R. Martin’s obsession with breasts and ability to make “twincest” less gross.

Gasp-worthy GoT spoilers from the books >>

Who will survive the season?

Just in time for Season 4, this is less a recap and more a look at the various GoT characters’ (and actors’) inner dialogues. Who will survive the season, and who will meet their bloody end? Only those who have read the books know for sure. All the rest of the lazya**es will just have to wait to find out.

Set up like a high school dramedy about an impending school dance. Will “Ginger Stark” reign supreme on Prom Night? Or will the new girl captivate everyone’s attention and come out on top? Watch all parts of the series to (possibly) find the answer but mostly just to laugh.

King Joffrey: What a bastard!

A Westeros love story? This spoof goes to show how quickly the mood of a show can change just with slightly different editing and a new soundtrack. We all owe Jepson a huge thanks for writing the perfect song for this beautiful catastrophe.

Are you any more prepared for Game of Thrones Season 4 than you were before you watched these parodies? Probably not. But you had fun doing it, right? That’s all that matters.