Chelsea Handler notwithstanding, there is not nearly enough female representation on late-night television. While we mourn the retirement of late-night perfection David Letterman, we offer up a few funny ladies to carry the late-night torch. 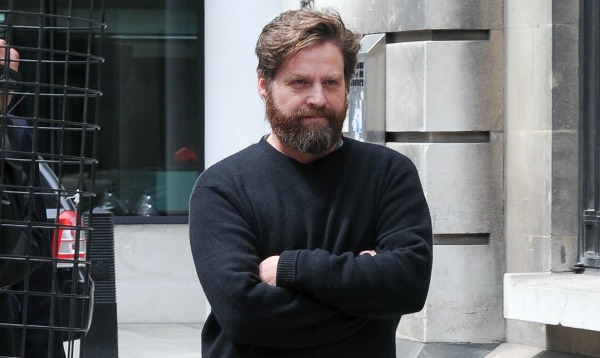 Yes, technically Zach Galifianakis isn’t a woman, but if the powers that be decide to stick with the format of a male host, please, please, please let it be Fat Jesus. Galifianakis has perfected dry humor, making his delivery pure art. His facial expressions and deadpan delivery can make the simplest, most innocent remark hilarious. The thought of being able to watch Between Two Ferns every single night on late-night television would pretty much make our whole year. 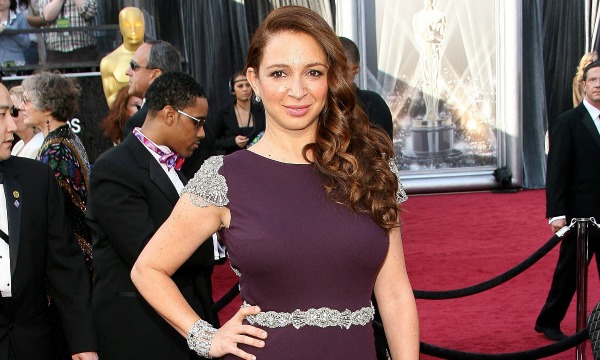 Saturday Night Live alum Maya Rudolph has what it takes to carry a late-night show. She’s a risk-taker and isn’t afraid to push the envelope — two crucial elements a comedian must have to be able to bring it night after night. Her only eligibility drawback is that she is friends with Gwyneth Paltrow, which these days is not an asset when it comes to careers in Hollywood.

Gwyneth Paltrow “uncouples”: An “undo” list for other celebs >> 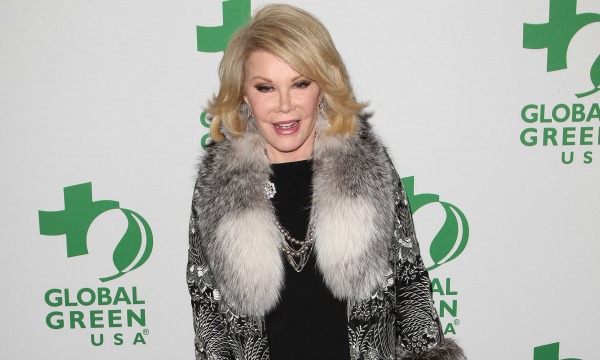 Joan Rivers used to sub for Johnny Carson on The Tonight Show, so she knows her way around a late-night studio. She’s no spring chicken, but nothing is slowing her down when it comes to quick, biting wit. Watching her hit up on all of Hollywood’s young actors would be reason alone to tune into a late-night show with Rivers.

Joan Rivers and Johnny Carson? Details on their hot “bounce” >> 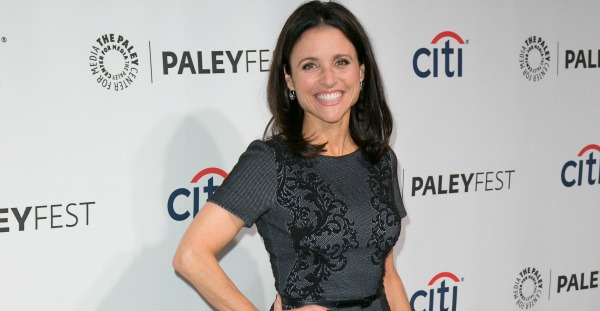 Whatever Julia Louis-Dreyfus touches becomes comedy magic. We are certain any attempts she made at late-night would net similar results. With the legions of fans she’s been building since her days on Seinfeld, producers know that Louis-Dreyfus would come with a built-in audience. At this point, she’s also worked with just about everyone in Hollywood, so there would be no issue booking guests. 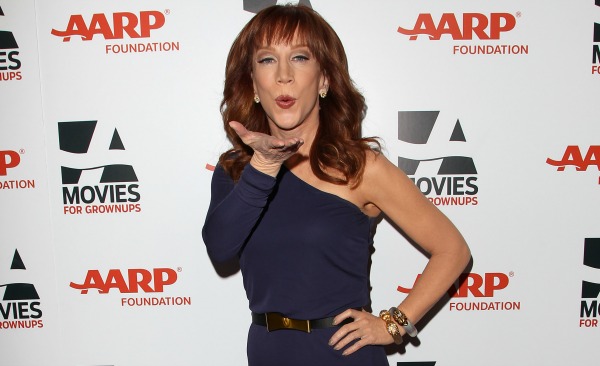 People seem to either love or hate Kathy Griffin, but those who love her are fiercely loyal and would follow her anywhere — including to a late-night format. As for the haters, well, we just don’t understand people who don’t get inappropriate humor. Griffin is brilliant at shooting from the hip, and we know her interviews would be legendary. The only teeny-tiny problem we can foresee with a Griffin late-night nomination is that she’s been making fun of celebrities for so long that we might be hearing crickets when it comes to the guest list. 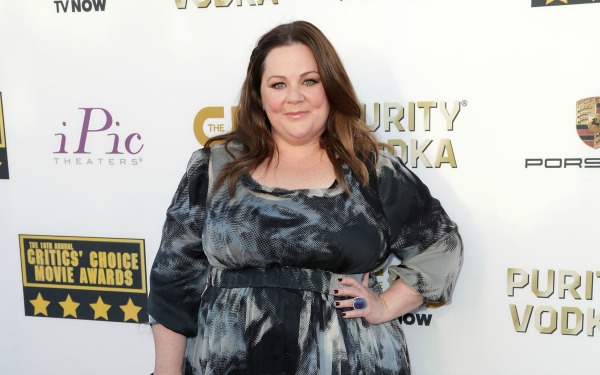 Melissa McCarthy has been cracking us up since Bridesmaids and showed that she would do just about anything for a laugh in Identity Theft, so we trust her with a late-night show. McCarthy has proven she is capable of pulling rabbits out of her hat when it comes to comedy, and we’re sure that a late-night show hosted by her might be one of the few things that could keep us awake that time of day. 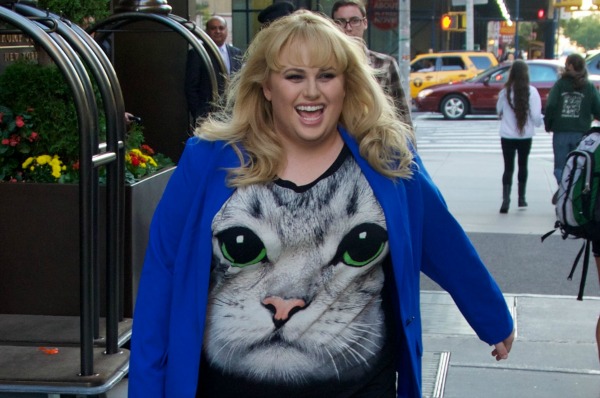 Rebel Wilson is one of the funniest female characters of our time, but we don’t think that sitcom TV is her long-time home. Wilson’s show Super Fun Night has offered up a few snickers, but we think Wilson would really shine in a late-night format. We know she’s made a h*** of a guest on late-night shows. 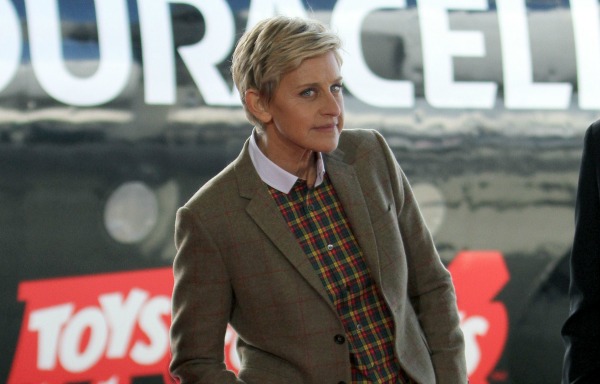 We have mixed feelings about offering up Ellen DeGeneres as a late-night candidate. She’s proven through her own talk show, Ellen, that she more than has what it takes to carry a daily show full of laughs. We have no doubt she could go toe-to-toe with the late-night dudes, but we’d miss her in the afternoon if she did. 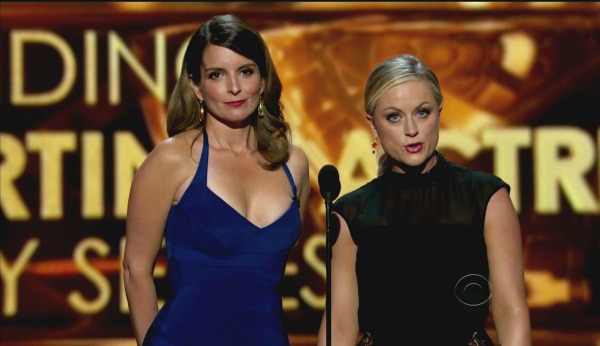 No. 2: Tina Fey and/or Amy Poehler

Together or individually, we predict if either of these women accepted a late-night host position, they would blow their male counterparts out of the late-night water. Individually, we have loved these women in their 30 Rock and Parks and Recreation roles, but when they are together, the comedic gods smile upon them and everything that comes out of their mouths makes us writhe with laughter. Whether together or as individuals, we’d actually stay up to watch late-night shows if either or both of these funny ladies hosted. 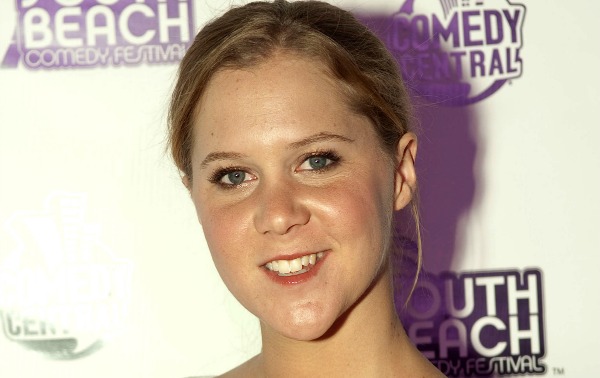 And our No. 1 choice for female replacement of David Letterman is….

She may not have the TV experience that some of the aforementioned funny ladies have, but Amy Shumer is the she-jokester that every woman wants as a friend. She’s kind of b****y — but in a funny way. Her take-no-prisoners humor makes you wish she was the girl you were calling Friday night to come over for a glass of wine. Just imagine ending every day with Shumer’s call-it-like-it is fun. This clip from standup she performed on Conan proves that she can skip the f-bombs and vag jokes long enough to be on network TV.