Despite rumors that Prince Harry is getting ready to propose to longtime love Cressida Bonas, sources claim marriage is not in the picture yet. 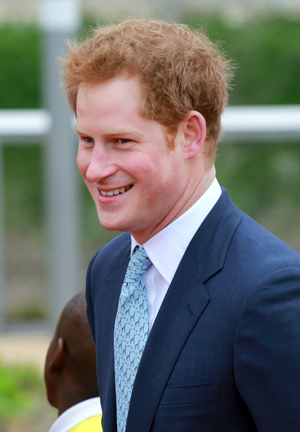 Reports have been swirling like a tornado that Prince Harry is close to proposing to girlfriend Cressida Bonas, but sources claim that the pair is not yet preparing for marriage.

While insiders close to the royal family have been tight-lipped about Harry and Bonas’ relationship, other sources claimed that a proposal was coming “sooner than people think,” The Daily Mail reported. But, People magazine is saying that it is unlikely that Prince Harry is ready to propose yet.

Prince Harry to marry? 5 Things to know about Cressida >>

The Mail claims that the royal family is getting ready to hold a “summit” about the possibility of a royal proposal. However, the People source said that Harry’s is not “the sort of family that needs to have a ‘summit’ over an engagement.”

The insider added that only the couple would be privy to any information regarding an upcoming proposal. “If they were going to get engaged Harry would want to keep it so very quiet.”

Harry would probably have an engagement similar to his brother Prince William’s, where he asked for Kate Middleton’s hand in secret while on a trip to Africa. The younger prince and his sweetheart are likely to keep any future engagement as low-key as possible while they can, and holding a “summit” is definitely not the way to go about that.

However, Harry, 29, and Bonas, 25, are indeed very serious about their relationship and a future proposal is certainly not ruled out. The two have been spotted together on several occasions recently, including at Bonas’ first royal outing where Harry made a speech to 12,000 young people.

Ironically, that outing prompted bookmakers to come up with odds that a proposal is likely, and for many to place bets on the matter as well.

Meanwhile, Harry and Bonas have also been spotted on countless informal dates: going to the movies, theater shows and even out for burgers together.