There’s trouble on the set of Nickelodeon’s Sam & Cat, but Ariana Grande says money has nothing to do with it. 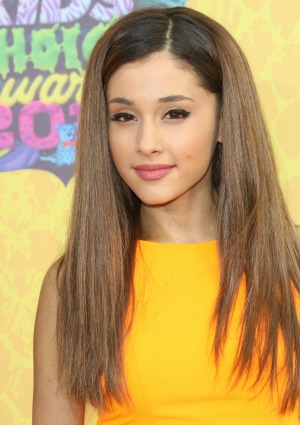 The future of Nickelodeon’s hit show Sam & Cat is uncertain, and while no one is really saying what exactly is going on, Ariana Grande wants to make one thing clear: It’s not about the money.

After Grande’s costar Jenette McCurdy complained of unfair treatment by the network, rumors quickly circulated that Grande’s newfound popularity as a pop star landed her a bigger paycheck on the show — a rumor the celeb was quick to squash.

“I hate addressing rumors and I hate gossip but this is really bothering me,” Grande wrote on Facebook yesterday. “Jennette and I agreed upfront that we would be treated equally on this show in all regards (as we should be, considering we each work just as hard as the other on this show). The rumors circulating about our contracts and our salary not being equal are absolutely ridiculous and false.

“I don’t know who’s putting these idiotic quotes out there but I thought I’d straighten it out and try to end this nonsense. As far as the show goes, I don’t know what’s happening because I’m not directly involved with the problem but I just wanted to address this one rumor in particular because I am NOT making more money than my costar, nor do I think I should be. So we can all move on and get out of our heads that this was a money thing cause I don’t play like that at all. I am, have always been and always will be about equality and fairness.”

McCurdy started tongues wagging when she unfollowed Grande on Twitter then skipped the Kids’ Choice Awards. She explained her decision via Twitlonger.

“I was put in an uncomfortable, compromising, unfair situation (many of you have guessed what it is) and I had to look out for me,” she wrote. “I chose to not go because sticking up for what is right and what is fair is what my mom taught me is ALWAYS the most important thing.”

A rep for Nickelodeon insists that racy selfies of McCurdy in her underwear also have nothing to do with the show’s troubles.

“The photos caused no issues between McCurdy and the network, and we have the utmost respect for her,” a spokesperson said in a press statement.

Tell us: What do you think is happening with Sam & Cat?