The future is here. Or at least it was when Janelle Monáe and M.I.A. performed at two Audi launch parties. 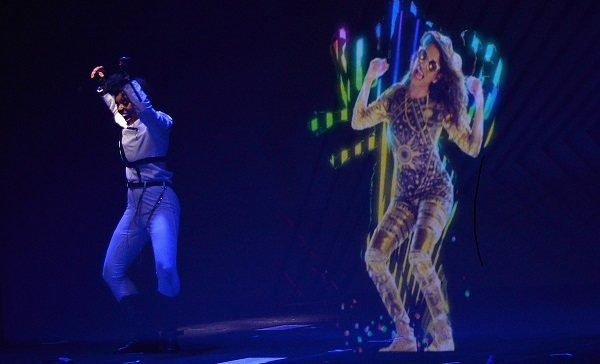 Last night, during an insanely cool bicoastal launch party for the Audi A3, M.I.A. and Janelle Monáe teamed up for duets in both Los Angeles, California, and New York, New York. How did they manage that? No, it didn’t involve time-zone math and a private jet. Nor was a TARDIS or DeLorean required, though the technology they used feels almost as cool as a time machine. The duets actually happened via holograms.

To celebrate the launch of the new car, Audi held parties in Los Angeles and New York. Monáe performed at the party in Los Angeles, while M.I.A. held down the fort in New York. For most of the parties, their solo performances were enough to keep the crowd dancing. For the last song, though, Audi projected a hologram of the other performer onstage so the two ladies could team up for a duet. In other words, during the hi-tech performance, a hologram M.I.A. joined Monáe onstage in Los Angeles while a hologram version of Monáe appeared alongside M.I.A. in New York. Pretty bada** right? 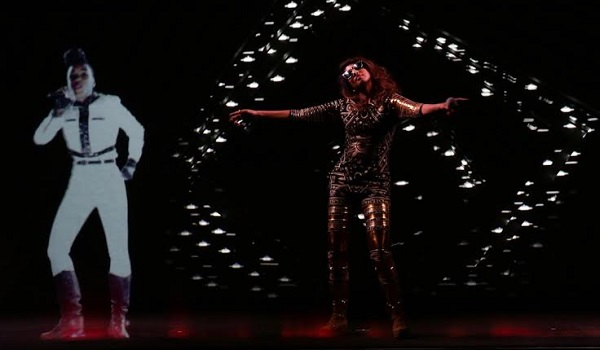 Audi went all out for the party and, believe it or not, the holograms weren’t the only futuristic touch at the party. Making sure to project (get it?) the image that Audi is clearly built with the future in mind, they used exciting new ways to present the concept. Most notable was an installation that used LED lights and an RGB picture to highlight the car’s various “scapes.” We get it, Audi — if we’re not driving your car, you think we’re living in the past. You absolutely win the “cool car company” award.

This isn’t the first time a hologram has been used to entertain the masses. The most notable hologram performance thus far has been the appearance of Tupac at Coachella in 2012 when the late rapper performed alongside Snoop Dogg and Dr. Dre. How long will it be before we start showing up to hologram concerts happening everywhere at the same time while the actual artist is chillaxin’ back home in Los Angeles? Most importantly, is this something we even want?

The future is here. Enjoy it if you dare.